They've been talking about it for what seems like a lifetime. Now Parker "tonkaaaaP" Talbot and Ben "Spraggy" Spragg have actually done it: they went to showdown in PokerStars VR. 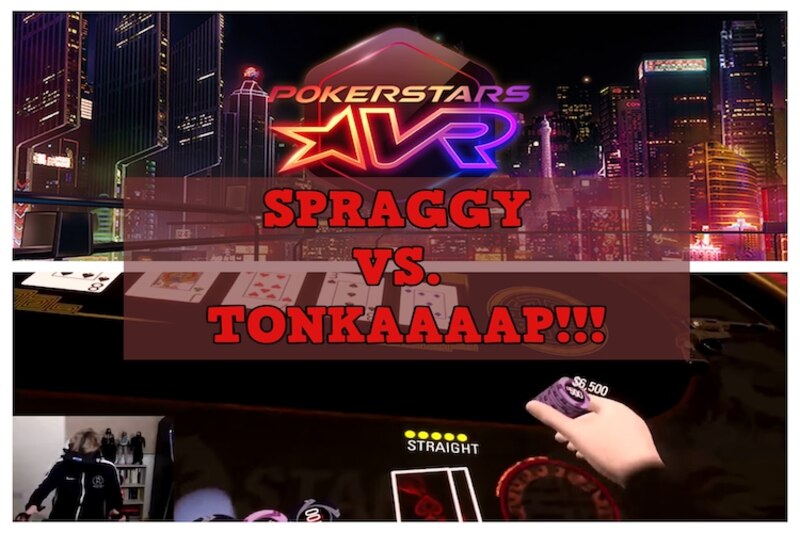 With Chris Moneymaker performing hosting duties for the PokerStars Twitch channel, the two streaming superstars met this past weekend for a play money heads-up match of $100/$200 No Limit Hold'em.

The rules were simple. Both players started with a bankroll of $40,000. They could buy-in for as much of that bankroll at any given time as they wanted. And if either player went broke in the first hour, both players would receive another $20,000 to continue the match.

"Hey Spraggy," said Moneymaker as the first pot ended, "my chat wants to know: how did you get staked for this heads-up match?"

"I have some very smart backers who, once they saw the opposition, basically just gave me unlimited funds," replied Spraggy.

And from there, they were off.

Check out the three-minute highlight reel from the two-hour match above. Or you can view the whole thing from Spraggy's point of view, Tonka's point of view, or Moneymaker's point of view. And if you have a VR headset of your own, download PokerStars VR and get in on the action yourself today! 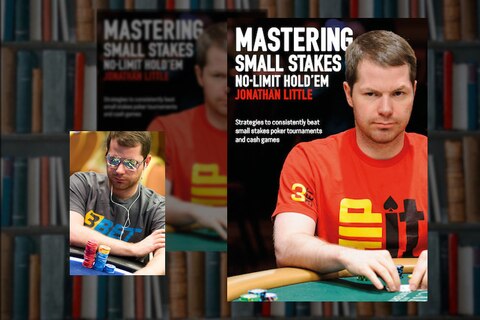 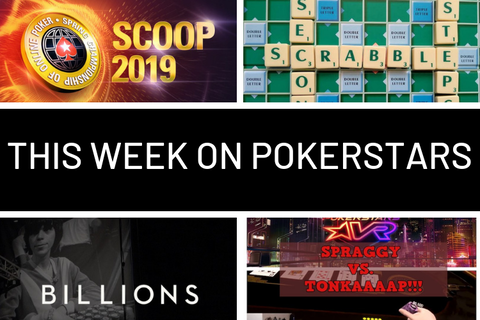 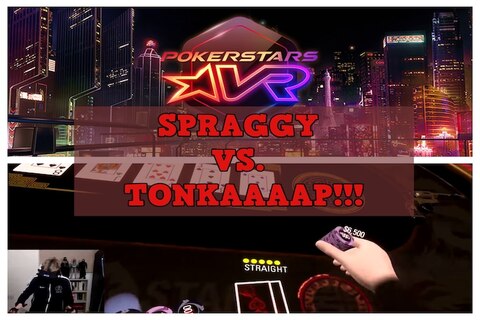 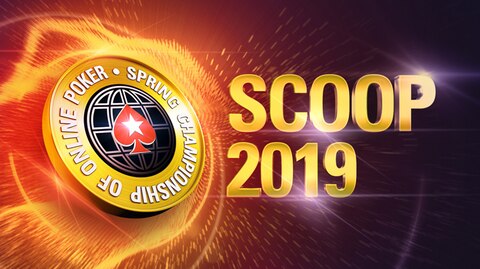 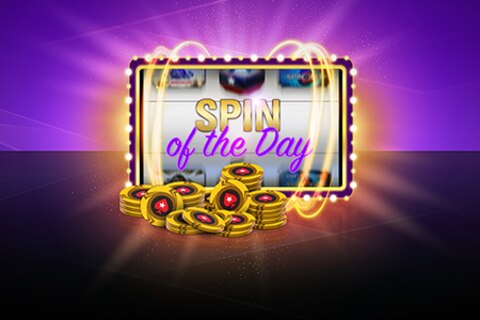 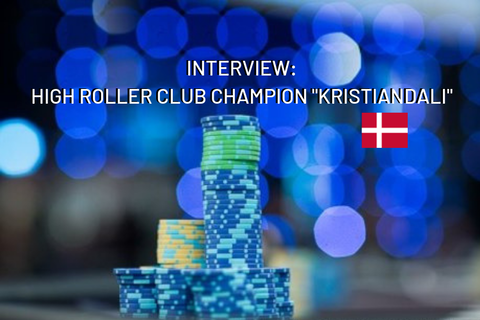 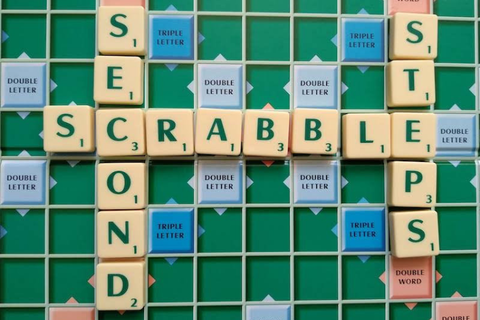