Our "Second Steps" series aims to make you slightly better at a game you already know. In other words: you know the rules, you've played the game, now here's a bit of strategy to set you apart from the rank amateurs. This week: MONOPOLY

Buy everything. Buy nothing. Stay out of jail. Stay in jail.

Monopoly strategy is nothing if not varied, and there will be plenty of folk who'll tell you there's nothing much more to the game than landing on the right properties when you need to, and dodging them when you don't. In other words, that it's all about the dice-roll, all about luck. But as poker players, we know what to say to them.

Bringing your Monopoly game up a peg or two is not certain to make you any more popular among your family at Christmas. However, it will satisfy your competitive instincts to know that if you're going to play something, you might as well play it better. As analytical poker players, you'll also be less than surprised to learn that plenty of people have spent a great deal of time determining correct Monopoly strategy. As ever, it demands first establishing what "normally" happens in a game when variables, including the human element, are removed.

It's for this reason that we give thanks to all those computer players who are regularly asked to play hundreds of thousands of games against one another in shifts of extraordinary lengths. It's because of them we know most of what we know. The single most important step in improving your basic Monopoly game is to understand the likelihood of counters falling on various squares. You should prioritise building a portfolio of properties that see the most footfall, as these will ensure a steady stream of income as the game progresses.

The attention of most rookie Monopoly players is instinctively drawn to the high-value dark blue properties (Boardwalk and Park Place in the U.S. game; Mayfair and Park Lane in the U.K.) However, attention is one thing, playing pieces are something else.

Various statistical analyses of Monopoly (of which Truman Collins's seems to be the most frequently cited) tend to show that the dark blue properties -- and Park Place (Park Lane) in particular -- are among the least frequented spaces on the board. Although these properties earn the highest rent, and building a dark blue monopoly with houses and hotels is formidable for opponents, they are comparatively unlikely to be landed on.

At the other end of the chart, the orange and red properties, either side of Free Parking, are visited most frequently. That's because players spend a lot of game time in Monopoly in Jail -- either Just Visiting or incarcerated for any number of punishable crimes. And when you come out of Jail and roll two dice, you'll be sending your counter towards St James Place, Tennessee Avenue and New York Avenue. (Bow Street, Marlborough Street and Vine Street.) When you roll it again, you're heading to Kentucky, Indiana and Illinois Avenues (Strand, Fleet Street and Trafalgar Square.) Jail is by far the most visited square on the board, and it makes perfect sense that those squares immediately after it will profit. Trafalgar Square: The most visited property on the British Monopoly board (Credit: Christian Reimer/Creative Commons)

Although the Community Chest, seven spaces away from Jail, is where ex-cons most likely immediately end up (seven being the most likely number rolled by two dice), there are plenty of combinations that land you six, eight or nine squares away -- and even more when you remember that rolling a double means players take another go. Furthermore, the single most visited property in the whole of the game is Illinois Avenue (Trafalgar Square). That's 14 squares from Jail (ie, two sevens away) and it's also the destination of one of the game's "Advance To..." cards. The other two red properties are similarly among the most visited squares on the board, and snapping up these two sets should be top priority.

In a sentence: Prioritise the orange and red properties.

Talking to reporters after winning the 2015 British Monopoly Championship, Natalie Fitzsimons mentioned a quirk of the game that all of the top players seem to exploit but that comparatively few amateurs would even consider. A standard Monopoly set has 32 houses in it, and if they're all already in use, nobody else can buy them. What this means is that sometimes it's correct strategy not to build a hotel, even if you can afford it. "If you want to be extra sneaky, stay on four houses and prevent people from buying houses later in the game once you've used them all up," Fitzsimons said. Darling defined the passage of time in Monopoly in terms of opponents' dice rolls. Through computer modelling, he calculated how many dice rolls it would take until a player can expect to see a profit on their investments -- not just from the undeveloped properties themselves, but also those on which houses and hotels are built. (Remember, opponents pay rent for landing on a player's property, with the base sum doubling if the player owns the complete coloured set, and then rising incrementally depending on how many houses or hotels are built on the property.) Take a look at Darling's complete chart, but the short version is this: in every property set bar the very cheapest (Mediterranean/Baltic; Old Kent Road/Whitechapel) you hit peak expected ROI with three houses on the property.

In the case of the orange properties, where footfall is heaviest, you'll break even with three houses after only 9.5 rolls of your opponents' dice. (It takes 17 rolls to break even with four houses or a hotel on the same spots.) By contrast, you won't see your money back from your hotel on Pennsylvania Avenue (Bond Street) until 42 dice rolls have gone by.

In a sentence: Best ROI usually comes from three houses on a property.

RAILROAD OR NO RAILROAD?

The 2009 World Monopoly Champion Bjørn Halvard Knappskog is not a fan of either the utility companies or the railroad stations, describing them as "not worth the paper they're printed on". While the rest of the Monopoly experts tend to agree with him in the case of Water Works and Electricity Company, the stations are more contentious.

According to Darling's statistical research, owning four railroads represents an excellent return on investment. At that point, every time an opponent lands on one of the railroads, you will get $200. The research shows that you'll get your money back after only 13 rolls of your opponents' dice, far quicker than you'll see profit from any property with anything more or fewer than three houses.

In a word: Railroad

NOT A SET? MORTGAGE THEM

Even someone playing their first ever game of Monopoly will quickly realise that properties that do not form part of a set are not especially valuable. If an opponent swooped in to stop you completing a set, or if you did precisely that to halt an opponent's designs on a monopoly, then you'll likely end up with a few stray properties generating only the meagre income of the base rent. So why not mortgage them almost immediately, and quickly earn a bigger chunk of change?

"I never know why other people don't do it," Fitzsimons says. "As soon as you get a monopoly yourself, mortgage everything else and spend every penny on houses. A monopoly with three houses on each square is far more valuable than lots of low-rent single property squares."

This trick is especially valuable if you find yourself cash-strapped in the middle portion of the game, following the early buying splurge.

In a sentence: Mortgage the strays

Building a property empire is always going to expose you to legal jeopardy, even if there's no card in Monopoly that says: "Your son receives an email from a Russian agent offering dirt on a political opponent." In this game, landing on the square next to Marvin Gardens (Piccadilly), rolling three doubles in a row, or getting unlucky with a when selecting a from the Chance or Community Chest pile can send you directly to the slammer. 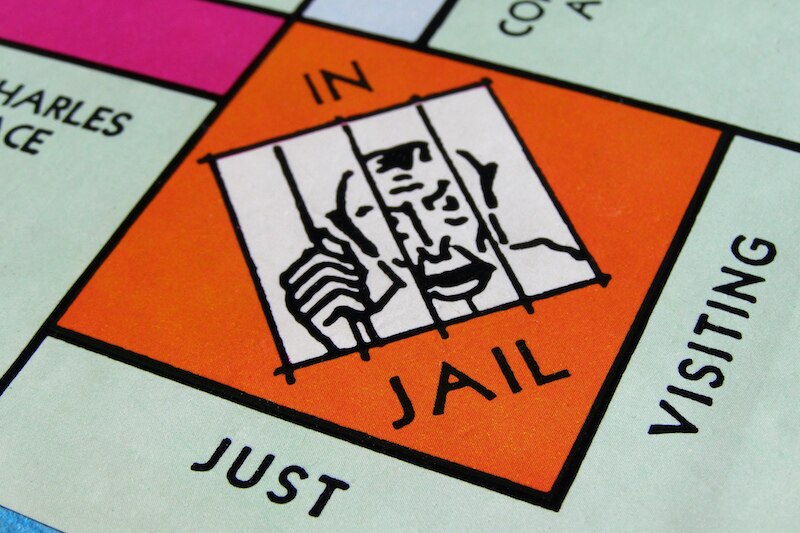 Pop in and stay a while (Credit: ccpix.com)

In the early stages of the game, when there are still numerous properties up for sale, you need to get out of Jail as quickly as you can. However, later on, a long stay in Jail might not be a bad thing. If your opponents have a few houses and hotels scattered around the board, you can find blessed relief while serving time. There's nothing in the official rules to prohibit you claiming rent on your own properties when you're behind bars (some players add this rule in), so don't be in too much rush to break free when there's nothing on the outside world but peril.

In a sentence: Jail can be for winners 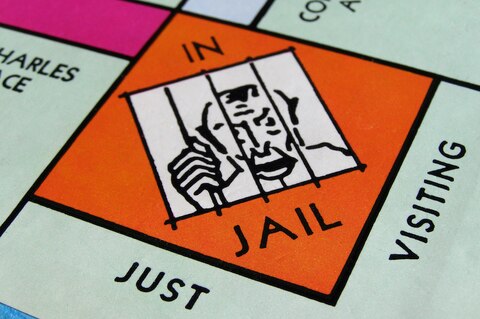 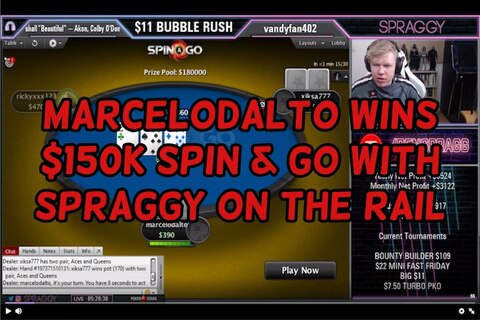 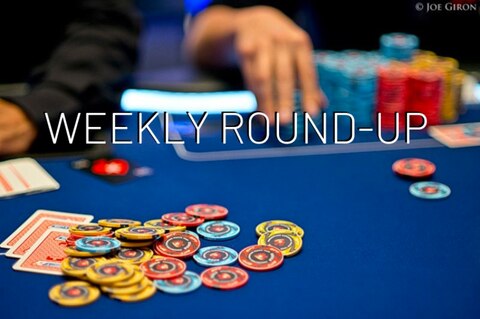 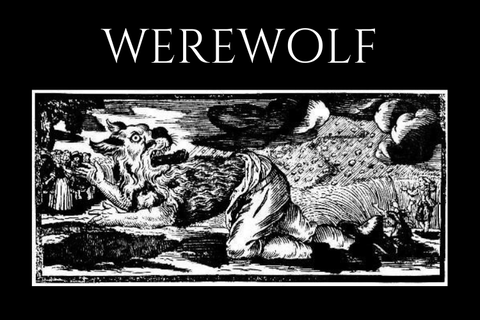 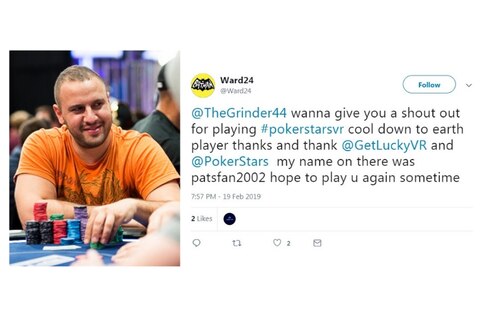