Phil. It's a popular first name in the poker world. Many of the preeminent players in the world were named Phil by their parents. The Iveys. The Galfonds. The Laaks. The Collins family. The Galfonds.

Here's an unsolicited pro tip. If you sit down at a poker table and someone there is named Phil, you should run. Fast. That warning sounds like the opening line to a whiskey-drenched, down-on-your-luck country song, "Mommy don't let your babies grow up to play wide ranges out of position against guys named Phil."

Okay, you get it. Phils are good at poker. So it's no surprise that BetrThanPhil won SCOOP Event #8-H $1,050 NL Progressive KO. BetrThanPhil proved big banks can actually fail when he came from behind to topple "0PIGGYBANK", the big stack at the table that kept getting bigger. That was, until it got heads-up with the bank-buster BetrThanPhil. In their brief heads-up spat, BetrThanPhil pulled almost even in chips so the two agreed on a 50-50 money chop. Per terms of the deal, they played out for 2% of the total prize pool plus the bounties. When it was all settled, BetrThanPhil emerged as the victor in 2018 SCOOP Event #8-H. Austria's "0PIGGYBANK" was seeking to add another SCOOP title to the resume, but fell short of the quest in second place. 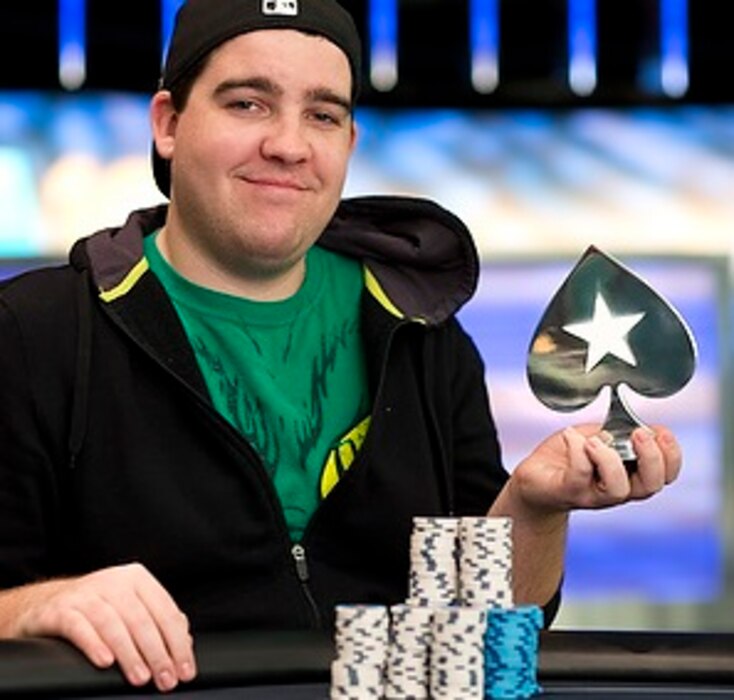 Steve "BetrThanPhil" Tripp winning a side event at the 2013 PCA

Only 75 players survived the cut on Day 1 and advanced to the second day of action. Sweden's iamivar bagged up the most chops with a 5.4M stack. The pack caught up to big-stacked iamivar early on Day 2, but the Swede regained the top spot with 24 to go on the final 3 tables. That would be the highwater mark and iamivar eventually busted in 14th place.

As the final table bubble approached, a trio of Finnish players were eying spots at the 8-max final table with calvin7v in second and WRUUUUM in third, but Sanderssi one of the smaller stacks. However, calvin7v bubbled out in ninth place after losing a coin flip, so only two -- WRUUUUM and Sanderssi -- locked up spots in the final eight.

BetrThanPhil began the final table with the big stack and WRUUUUM was the shorty with 2.4M. The final table commenced during Level 38 with blinds at 200K/400K and a 50K ante.

BetrThanPhil had the biggest bounty on his head worth approximately $20,200. His knockout was worth a pretty penny. Playing in the real world under the name Steve Tripp, BetrThanPhil binked a turbo side event at the PCA in 2013. BetrThanPhil once won the Sunday Warm-Up in 2014, but he was seeking a first SCOOP title.

Big-stacked "0PIGGYBANK" woke up with A♣A♠ and knocked out two players in the same hand. It's always shocking when Aces hold up in a mult-way pot, but the pocket rockets prevailed against capotinha's A♦Q♣ and WRUUUUM's A♥4♦. "0PIGGYBANK" added bounties worth$6,113.28 and $4,297.85 respectively for busting WRUUUUM and capotinha.

The field went from 5 to 3 rather quickly, but hit a slog three-handed. BetrThanPhil tried to keep up with the big stack by knocking out alimounda in fifth place. BetrThanPhil issued another wicked bad beat when J♦3♥ outflopped alimounda's A♦K♥. Meanwhile, "0PIGGYBANK" turned a Wheel with A♥2♥ against drupa-lucker's K♠J♠ to bust drupa-lucker in fourth place. At that point with three to go, "0PIGGYBANK" had more than 55% of the chips in play and seemed a lock to win it all.

Three-handed lasted nearly 80 minutes before someone headed to the rail. during that span, "0PIGGYBANK" held off all assaults on the big stack, but couldn't prevent opponents from chipping away.

BetrThanPhil kocked out Sanderssi in third place to chip up enough to become a legit threat to the big stack. Short-stacked Sanderssi got it all-in preflop and flipped with K♣J♣ against BetrThanPhil's 9♠9♣. Sanderssi flopped a flush draw and turned a pair of Jacks to take the lead. However, the river had been kind to BetrThanPhil most of the day and the 9♥ promptly spiked on the river when the board finished up 8♣7♣5♠J♦9♥. BetrThanPhil won the pot with a set of nines. Sanderssi never made a flush and busted in third place, which paid out $55,397.51. 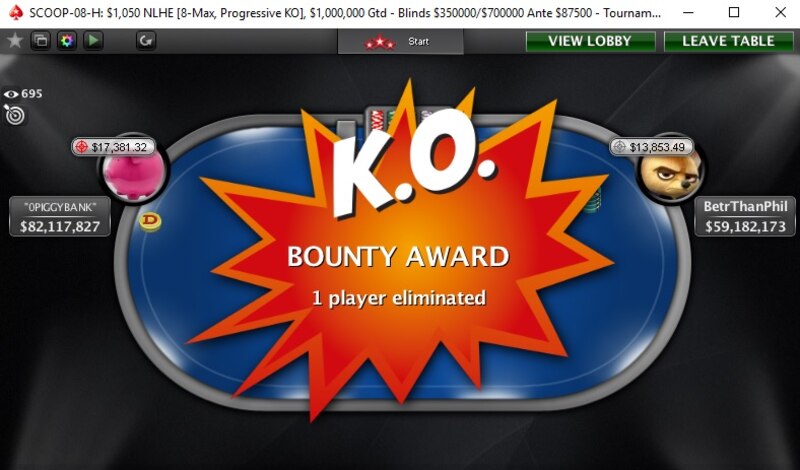 With two to go, BetrThanPhil trailed by approximately 23M. "0PIGGYBANK" was attempting to win another SCOOP title after shipping one in 2014.

The two played nine before action was paused to discuss a deal. At that point, "0PIGGYBANK"'s lead was seriously cut and BetrThanPhil only trailed 72.3M vs 68.9M. The two agreed on an even chop. Any deal had to leave $14,130 on the table to the champion. The numbers were floated as $86,213.04 each. Oh, and the two played for the bounties (which were not choppable).

On the final hand, "0PIGGYBANK" attempted to double up with J♠6♥ against BetrThanPhil's A♥4♦. However,the board ran out K♠5♠4♣5♦5♥. BetrThanPhil flopped a pair then turned two pair and improved to a full house on the river.

Visit the SCOOP homepage for a schedule of remaining events and find out who is on top of the Leader Board. 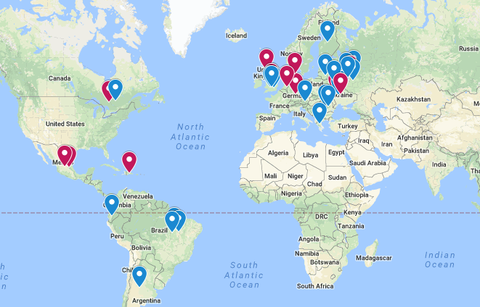 Five things from SCOOP Day 4: A double winner to top the leader board, a New Staples Video, freeroll details, and more 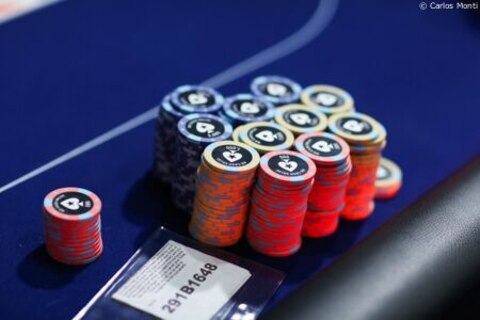 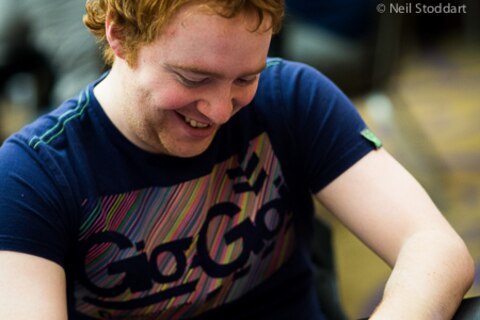 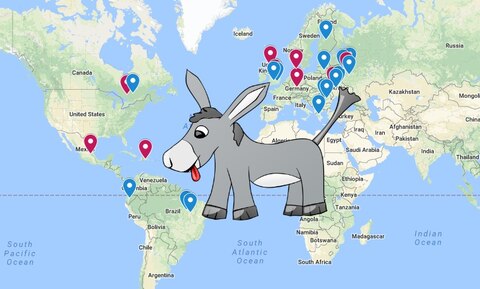 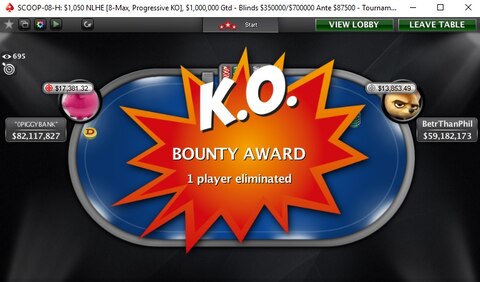 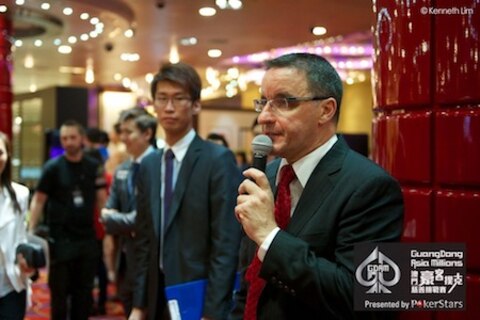 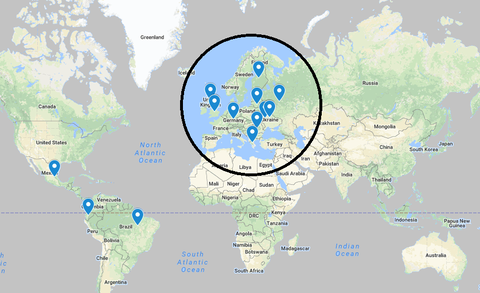