WCOOP wouldn't be WCOOP without Shaun Deeb, and in our latest daily round-up from the World Championship of Online Poker, the wafflecrusher himself comes to the party.

On his son's second birthday, Shaun "shaundeeb" Deeb decided the best way to celebrate was by playing WCOOP, just as he was on the day Chance Deeb was born in 2016. And also just like on that day, Deeb won a WCOOP title.

Read our pre-WCOOP interview with Deeb.

The self-style wafflecrusher from Troy, NY, who represents Mexico when he plays online (but usually grinds in Canada), now has five WCOOP victories in addition to four WSOP bracelets. This time Deeb won the high buy-in PLO8 for $38,088.84. The WCOOP Hall of Famer is also into the last 18 of the 8-Game, with a second title of the weekend far from impossible. Time to catch up with our exclusive interview with Deeb on the eve of this year's WCOOP.

More than $3 million was awarded in prize money on WCOOP's first Saturday:

"Tankanza" glittering again: In May, Gianluca "Tankanza" Speranza won the SCOOP High Main Event, for $1.13 million, which also earned him a Platinum Pass to the PokerStars Players Championship (PSPC) in the Bahamas in January. Yesterday he fired up a WCOOP turbo and won another $140,634, beating "bartek901" into second.

Breakthrough for "cocojamb0": He or she has won the Warm-Up, the Sunday Supersonic and has been to a couple of final tables during SCOOP, but now "cocojamb0" has closed one out and becomes the first Bulgarian champion of this year's WCOOP. The $114K victory brings "cocojamb0"'s career online winnings to nearly $2.5 million.

Yesterday we saw the first wins of this year's WCOOP for players from Bulgaria and Japan. But in terms of titles, there's still a long way to go for any country to catch Brazil at the top of the leader board.

As the first week of WCOOP draws to a close, here are the country standings:

Shaun "shaundeeb" Deeb makes his bid for Father of the Year:

So two years ago today I missed the birth of this guy for #wcoop and won a tourney that day this year i decided to do it again happy bday chance pic.twitter.com/NNEfFVP2xJ

Some WCOOP days you just gotta be grateful that some legend discovered that you can turn grapes into wine.

The best and the trickiest: With 15 new tournaments starting today, the PokerStars tables are going to be heaving--especially because the majority of events are good old hold'em tournaments. What more do you want on a Sunday?

Well, to answer that rhetorical question, how about some of the best players in the world playing some of poker's trickiest variants? If that floats your boat, then the resumption of WCOOP-25, the 8-Game event, will be a doozy. The $2,100 buy-in high tournament is down to its last 18 and features: Joao "IneedMassari" Simao, Jason "treysfull21" Mercier, "villepn", Shaun "shaundeeb" Deeb, "aDrENalin710", Benny "RunGodLike" Glaser, Niki "RealAndyBeal" Jedlicka, Mike "goleafsgoeh" Leah and Alexander "joiso" Kosritsyn.

Fire away! While the tricksters got tricky, the no limit hold'em action lovers will have been in heaven yesterday as WCOOP-26 was the re-buy event. And there's nothing poker players like better than a re-buy. There were a staggering 10,945 entries to the $5.50 tournament, which is (you'll not be surprised to learn) the most entries to any event of WCOOP so far.

Have we seen you before? Just a quick footnote: The $5,200 PLO High Roller has 23 players left. They include chip leader Jussi "calvin7v" Nevanlinna, with Jorryt "TheCleaner11" Van Hoof in third and Phil "MrSweets28" Galfond in fourth. Hmm. Something familiar here...

Viewers tune in in their thousands to see the ebullient Jason "jcarver" Somerville stream his latest exploits from the WCOOP tables. But poker is poker, and that means it's not all fun. Yesterday, Somerville was the short stack on the bubble of the $5,000 WCOOP-28 High Roller, and, well..."How is that how it ends?"

Let's balance things up a bit, and drag you out of that gloomy bubble mood, with a classic Barry Greenstein from Fintan "EasyWithAces" Hand:

Shaun Deeb's victory has moved him into fourth on the overall leader board, but the familiar other names still dominate:

Click for full details of the WCOOP Player of the Year race, and follow the alternative leader boards, with plenty of great prizes, on PokerStars Blog's leader board page.

It's not all no limit Texas hold'em on this fine Sunday. But, to be honest, it mostly is. Here's what you can play today: 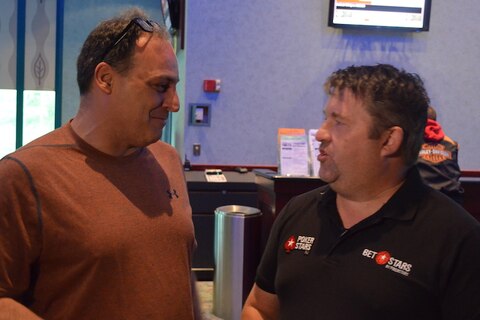 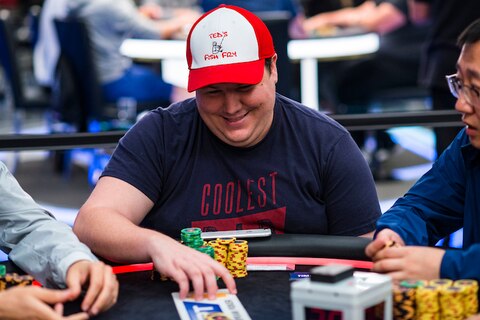 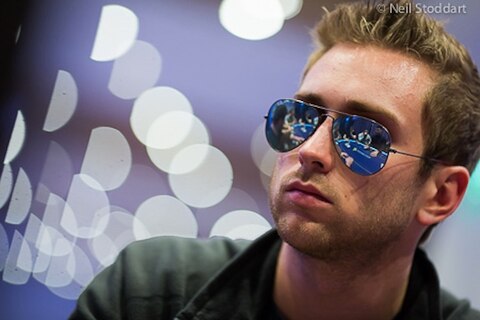 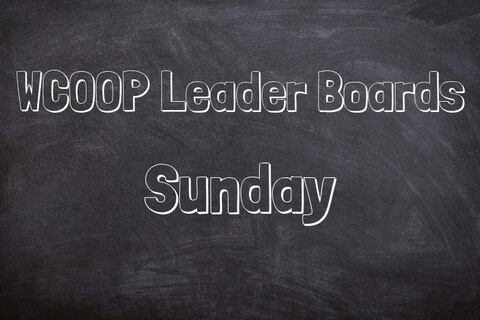 #VloggerInParadise: Which is your favourite (so far?) 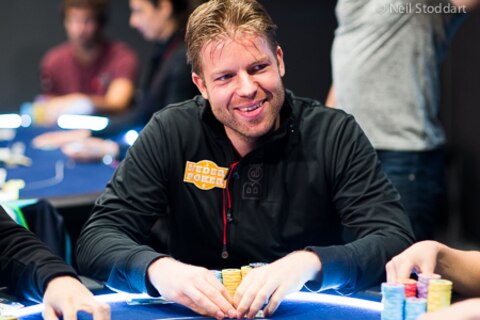