Vitaly Lunkin tonight won the EPT Barcelona Super High Roller to claim the first trophy of EPT Season 10. The Russian player won €771,300 and a Shamballa Jewels bracelet after beating one of the toughest fields in poker, as highlighted by his heads-up opponent, Erik Seidel. The tall American, whose results stretch all the way back to 1988, a number of years before some of his opponents were born, today scored his 39th six-figure-plus score. Yes, his 39th.

Seidel had taken the lead but sixes into Lunkin's kings pinned him back then an unsuccessful pre-flop battle with king-queen against ace-five sent the trophy East.

The €557,100 Seidel collected as runner-up leapfrogs him from fifth on the all-time money list to third with more than $18m in live career winnings, now just ahead of Team PokerStars Pro Daniel Negreanu and Phil Hellmuth. But Lunkin's no slouch either. He holds two WSOP bracelets, one of which was from the 40th Anniversary event where he beat Isaac Haxton and Greg Raymer into second and third. His lifetime live cashes of $4,433,423 will take a healthy jump today to close in on Ivan Demidov and Igor Kurganov at the top of the Russian all-time money list.

"I'm really happy. Until this summer, I hadn't really played any big tournaments for about three years, but I decided to play the World Series and finished 46th in the Main Event. This helped me regain some confidence in my game so I sold some shares to friends, and came to Barcelona in a very good mood. I respect Erik a lot. We've known each other for many years," said Lunkin.

Eight players, all class
The final table was stacked with talent, predominantly of the younger variety, including the 20-year-old chip leader Ole Schemion, but it was the two old warhorses Erik Seidel and Vitaly Lunkin who made it to the heads-up. It's testament not only to their talent but also to their endurance. Day 2 ended in the early hours after 10 long levels which weren't quite able to burst the bubble. Eight players had to come back today with just seven profitable berths waiting to be occupied. Five of were relatively short stacked with just Schemion, Lunkin and McDonald looking comfortable. Timothy Adams was lagging marginally behind the pack. He never got a chance to catch up.

The final eight, but only seven get paid

Adams found K♠9♠, moved his chips into the middle and found a customer in Seidel with queens. Adams hit top pair but Seidel caught a four-flush and Adams burst one of the most expensive bubbles in poker. Seven players exhaled.

The players start falling
Fabian Quoss would no doubt have preferred to have sucked out with K♠Q♠ against McDonald's A♣K♣ rather than bust in 7th position, but after getting it all-in pre-flop the German couldn't get there despite flopping and turning draws. He can rest safe in the knowledge that not only did he bank €128,515 but claims the mantle of being the player to tick the EPT payometer over the €500,000,000 mark. Yes, it was calculated at PokerStars HQ that €499,908,225 had been paid in the first nine seasons of the European Poker Tour.

Ole Schemion, who has enjoyed a meteoric rise in the poker world at the tender age of 20, came into the final day of play with the chip lead. It didn't start well and it got worse when he three-bet jammed pocket fours into O'Dwyer's aces. If anyone has had reason to doubt his talent, which saw him collect close to $3m in live tourneys over the last year, then they should watch the replays from the last couple of days: his performance would quickly silence any dissenters. Schemion looks like a force to stay. Notch up another €159,200 for "wizowizo".

David 'Raptor' Benefield pocketed €208,150 for fifth after finding a bad time to squeeze all-in. His small ace was called down and dominated by Lunkin's larger suited ace. Still, his performance here will no doubt buoy him ahead of his WSOP Main Event final table later this year. It's an enviable position for anyone.

Independent observers would say that Mike McDonald should, in theory, be very happy with a fourth place finish (€269,400), having ridden a tempestuous short stack journey the day before. He may not see it the same way given the method of his exit; a painful one where he must have thought he was miles ahead only to realise that he was a 16% shot with one card to come. McDonald opened with K♦Q♦ and was called by Lunkin with 6♣6♥ and Steve O'Dwyer in the big blind. The adopted Irishman held king-jack offsuit and was lucky not to hit. Not so McDonald on a Q♥Q♠6♦ flop. The chips were always going to go in, but it wasn't on the flop. McDonald bet-called as Lunkin played it fast. McDonald then check-raised all-in on the 8♠ turn and Lunkin made a quick call. A 6♠ on the river gave Lunkin quads, and not for the first time. Yesterday the Russian got queens all-in against Philip Sternheimer's kings and flopped quads. Must be nice.

Then there were three
Reigning EPT Grand Final champion O'Dwyer ended up getting in trouble when calling a three-bet in position with T♠9♠ against Seidel's A♠A♣. He caught a T♦4♣J♦ flop which he felt - given his stack size - was good enough to jam over Seidel's continuation-bet. The turn paired the board with another jack to leave O'Dwyer drawing thin. No ten on the river and O'Dwyer had to settle for €355,100. A great start to the season to continue the form that saw him claim the runner-up spot in the EPT9 Player of the Year race. Points scored.

Then, as mentioned up top, Lunkin sent Seidel to the rail leaving Sarah Grant scurrying around for a Russian interpreter. Check that interview below.

Click through to live coverage of the EPT Barcelona Super High Roller and the EPT Barcelona Main Event. Check out all the festival results here. Follow the @PokerStarsBlog Twitter account to keep up-to-date with all the EPT action and check out the EPTLive webcast.

Rick Dacey is a staff writer for the PokerStars Blog. 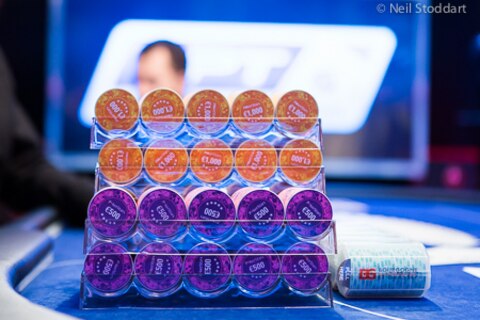 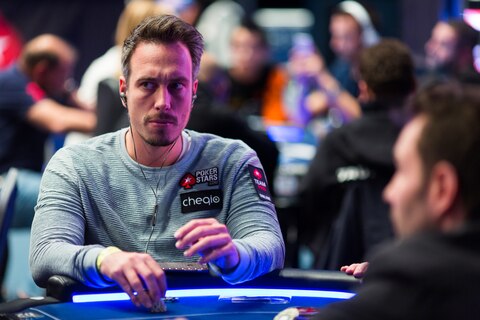 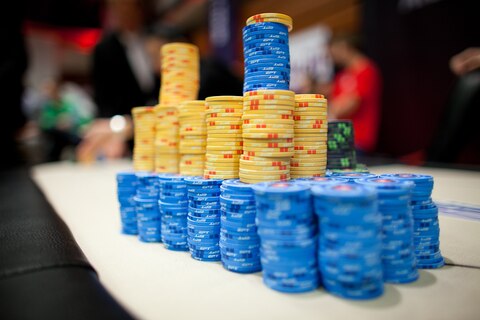 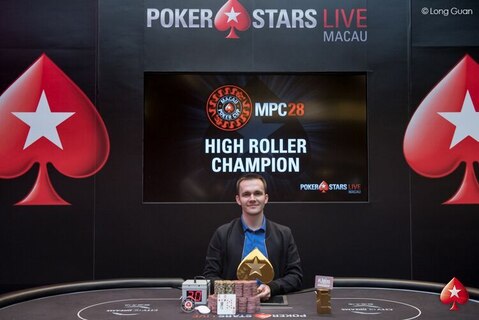 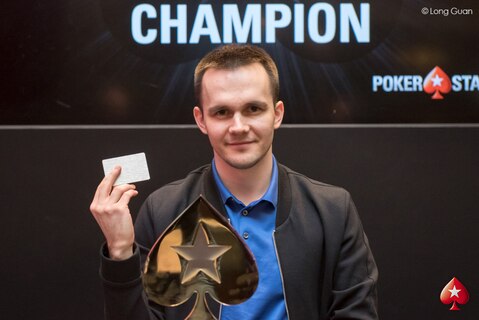 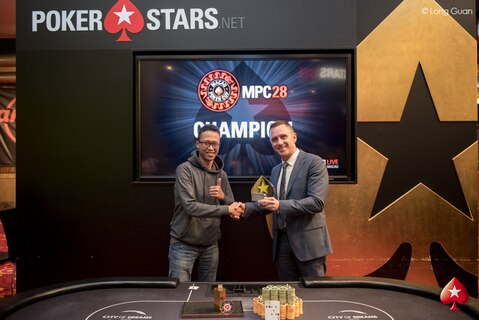 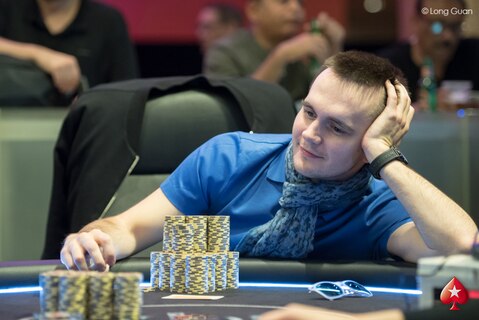