All you need to know as the European Poker Tour (EPT) confirms its return to Russia in 2020.

EVENT OVERVIEW
PokerStars’ flagship live tour first visited Russia in 2017 when Sochi appeared on the tournament calendar under the PokerStars Championship branding. What started as a 387-entry event swelled to 867 one year later for what was the first official European Poker Tour (EPT) Main Event in the country. The EPT has been back again since then, most notably in March 2019, when Israel’s Uri Gilboa won the Main Event. The first EPT Open, a slightly smaller version of the main EPT tour, was held in Sochi in September 2018 and was won by Vyachesav Bondartsev of Kazakhstan. One year later, China’s Ye Yi won the second EPT Open.

LOCATION
The tournament takes place in the opulent Casino Sochi, in the mountain ski resort of Krasnaya Polyana, about 45 minutes from Sochi itself. Surrounded by the Caucasus Mountains, the area was redeveloped, with the addition of numerous shops, bars and restaurants, for the 2012 World Cup skiing event and then the Winter Olympic Games of 2014. The casino — and the tournament room — is only a five-minute walk from the centre of the town, with the cable-car network leading to the main ski centres all within easy reach. Address: Casino Sochi, 51 Estonskaya Street, Estosadok, Sochi, Krasnodar region, Russia. 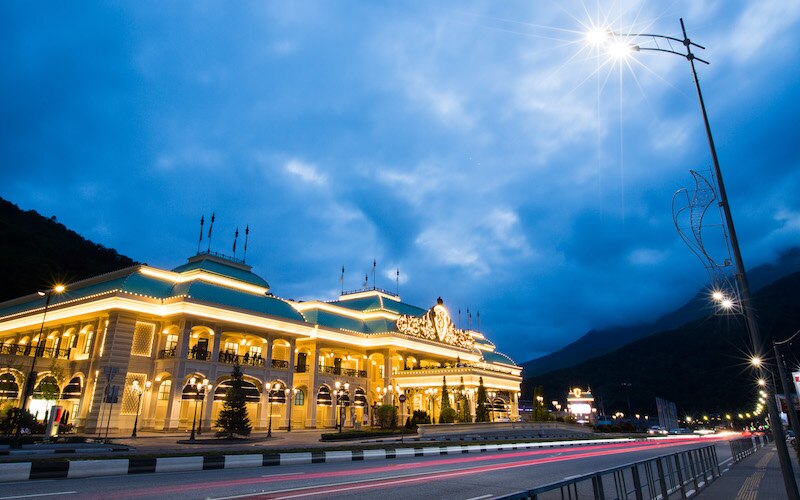 GETTING THERE
The nearest major international airport is Sochi (AER). Several flights per day arrive from Moscow (including via Aeroflot, the Russian national carrier). Turkish Airlines also flies from Istanbul direct to Sochi. Taxi transfer from the airport takes around 45 minutes and can be booked via PokerStars Travel.

ACCOMMODATION
The casino is attached to the five-star Sochi Marriott Krasnaya Polyana Hotel and access to the gaming floors is possible without the need to go outside. Rooms can be booked via PokerStars Travel. Other five-star options include the Grand Hotel Polyana and Novotel Resort Krasnaya Polyana, both of which are a 10-15 minute drive away from the casino and can be booked through PokerStars.

The three-star Hotel Aibga and Hotel Anna are a very short walk from the tournament venue, while Olymp Hotel and Hotel Arcadia are also less than 10 minutes by foot.

NEED TO KNOW
Residents of many countries, including the United States, Canada, the UK, Germany, France and Spain need a visa to travel to Russia. Only residents from countries with a visa-free treaty can travel without additional documentation. Please visit PokerStars’ dedicated visa support service to arrange your visa.

A DAY AWAY FROM THE TABLES
The obvious way to spend down-time in Sochi is to hit the slopes. The whole of Krasnaya Polyana is considered part of the Gorky Gorod ski resort, where the Lower City (at 540 metres above sea level) containing the casino, shopping malls and many bars and restaurants, is linked to the Upper Town via a chair lift from the main town square. There are more than 30 kilometres (about 18.5 miles) of slopes to suit all levels of experience, with lifts running in numerous directions only a short walk from the town centre. Even if you don’t ski, take the cable car up to Gornyy Priyut and enjoy a hearty meal while enjoying exceptional views across the mountains and down on to the town. Alternatively, the Marriot Hotel has an excellent swimming pool (both indoor and out, weather permitting) and spa. Shopping: The Gorky Gorod mall, about a 10-minute walk from the casino, has numerous shops and a supermarket in its basement to stock up on all necessary supplies. There are fast food restaurants, a bowling alley and a cinema too.

Food and drink: Casino Sochi has three restaurants: Brunello, Baffet and the Royal Bar. Meanwhile L’Olivo restaurant in the adjoining Marriot serves high quality Italian fare. There are any number of options in the nearby town, from the high-end Ogonok steak restaurant, to Harat’s Irish Pub, a short staggering distance from the main event.

Pharmacy: Pharmacy Coral is located close to the main town square, opposite the chair-lift station.

March 2019: Uri Gilboa became Israel’s first EPT champion and the oldest player ever to win a Main Event on the tour when he beat his countryman Zakhar Babaev heads-up. There were 563 entries and a ₽145.5 million ($2.25 million) prize pool, meaning Gilboa banked the best part of $425,000, the biggest score of his career. | FULL RESULTS 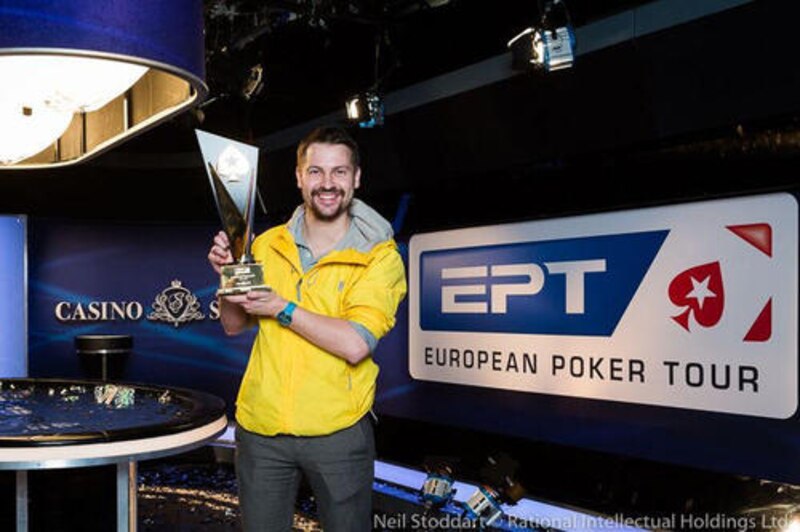 Relive all the action from the PokerStars Championship Main Event final table:

The ski-jump event at the 2014 Winter Olympic Games took place a mile away from Casino Sochi. It was the first time in Olympic history that both men and women took part in ski jumping. The jump is visible from the right side of the car as you drive into the Krasnaya Polyana from the airport.

PokerStars staff
@PokerStars October 15, 2019 in News
We are home to a huge selection of poker games including Texas Hold'em, Omaha and more, all available in a wide range of limits that suit every type of player. With games running around the clock and a tournament starting every second, you’ll never be far from the action. If you’re looking for a fun and safe place to play with people from around the world, with games available for real or play money, then we have all you need.

Turbo Series Day 5: Vieira wins big, plus all the latest stories and results