Starting a new job can be a pain, regardless of how much you coveted it. Not only do you have to settle into a new role, you might also have to get to grips with a new computer system, or learn the names of six dozen strangers who you’ll now be seeing every day.

You see, just two weeks ago the ambitious German poker player from Frankfurt decided to start his own Twitch channel, PhantomPokerTV, with his friend Marc.

Talk about settling in. 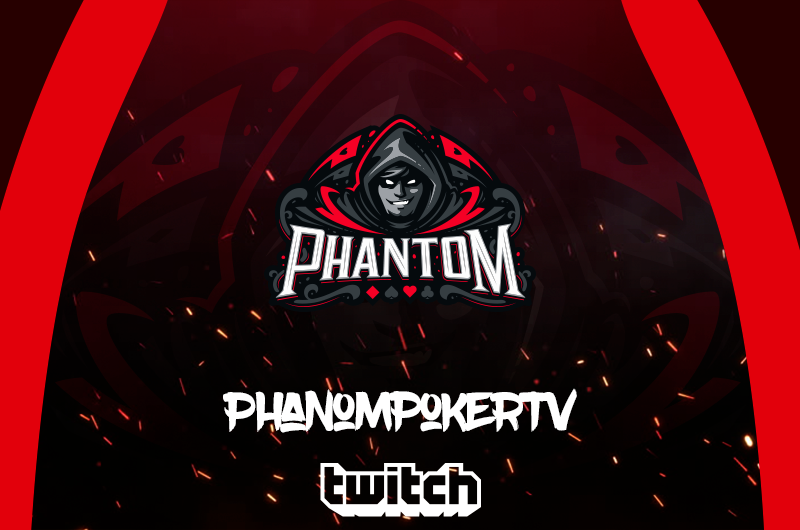 “It was the first weekend we really started to stream,” Julius told our pokerstarsblog.de colleague Robin Scherr. “On Saturday I already played the final table of the $55 Hyper-Turbo, but to win the Main Event only two days later was really sick. And for the stream it was a huge success.”

Julius’s passion for poker comes from his love of maths, statistics, and everything about numbers. While he was grinding up a solid bankroll, he was regularly watching the streams of Lex Veldhuis, Jamie Staples, and Felix Schneiders.

“Chatting with viewers, to discuss hands together and learn from each other, were the reasons I wanted to start streaming and build a community,” Julius says.

Julius and Marc wanted PhantomPokerTV to be as professional as it could be, right from the off. They saved money and invested in equipment, including hiring a designer for logos and graphics.

“We never thought a new channel would grow so fast in only one day,” said Marc, who takes care of the behind the scenes work.

While the $306,000 was more than welcome, the guys seem more excited about the success of their channel.

“I’m really happy about the win and the money. But to be honest, the joy that we had with so many spectators from the Twitch community outweighs it at the moment,” says Julius. “Part of the prize money will, of course, be invested in the stream. This project is a lot of fun and we have now the opportunity to take it to the next level.”

“I love travelling and want to play poker in as many places as possible,” he says. “Next year, I definitely want to go to Run It Up Reno, where many other streamers are playing as well. At the top of the list is the WSOP Main Event. With $10,000, the buy-in certainly does not fit my bankroll management, but playing the Main Event is a life’s dream.”