From POTTERPOKER to ‘I wont million’: 10 memorable moments in WCOOP history

The World Championship of Online Poker begins this Sunday. This marks the 19th running of WCOOP. A small nine-event series back in 2002 has become a tall, handsome 75-event (and 225-tournament) extravaganza.

All grown up, WCOOP is. We couldn’t be prouder.

There are a lot of memorable moments from the first 18 years of WCOOP. Too many, really, to list in one place. But we’ve found 10 great ones to highlight here.

The moments are arranged chronologically, starting way back during WCOOP’s infancy. You know, when WCOOP was cute and cuddly and you could hold all of it at once.

July 2002 saw the first ever WCOOP take place on PokerStars, with just nine events (this was pre-Moneymaker, remember) yet $730,000 given out in prizes.

The first ever WCOOP Main Event champ was Sweden’s “MultiMarine”, who banked $65,450 for his winning performance. Meanwhile a $5,000 cash prize went to “TheBeat” for winning Best All-Around Player, having cashed three of the nine events.

In its second year, the WCOOP had grown slightly from nine events to 11, with a mixture of hold’em, Omaha, and stud tournaments. Following on from PokerStars Ambassador Chris Moneymaker‘s now legendary WSOP Main Event victory, the WCOOP saw a surge in new players all hoping to follow in his footsteps.

Seven years later and during the height of the poker boom, the WCOOP had grown significantly. One of the biggest online tournament series ever held, players from 140 different countries battled across 45 events over 18 days, all hoping for a large chunk of the $51.6 million awarded in prizes.

That year we some particularly incredible performances in a festival that always seems to produce them. Amazingly, three players won two titles that year.

Kelly was the first ever to win three WCOOP titles in a single year. Others have done that (and in one case, even more) since, but at the time Kelly had set a new standard. He’d go on to win five WCOOP titles in total, making him one of the most successful players in WCOOP history.

By the time 2010 rolled around, the WCOOP had grown to epic proportions. That year (the last one before Black Friday) saw the largest Main Event prizes ever.

The $5,200 Main Event attracted 2,443 entrants, creating a massive prize pool of $12,215,000. It was Tyson “POTTERPOKER” Marks who took it down, winning an incredible $2,278,097 first prize. Second and third place finishers “joeysweetp” and “Russian_nuts” also both collected over a million dollars each. You can read more about that event right here.

The WCOOP often produces stories of satellite winners getting into events cheaply and coming away with eye-popping prizes. When Marat “maratik” Sharafutdinov improbably managed to parlay just 40 frequent player points into a seat in the $5,200 WCOOP Main Event in 2010, the Russian certainly had visions of starring in such a story himself.

You might remember how this one goes. Sharafutdinov made it all of the way to the final table, then managed to win the whole thing for an incredible $1,000,907.26.

That would have been a memorable enough moment on its own. But when six players were left and deal talk began, Sharafutdinov etched himself a place in online poker lore by typing the following: “I wont million.”

“Maratik”‘s road to a milly

He got his million, all right. And his chatbox line still gets quoted to this day by poker players chasing seven-figure scores.

Read about that final table here, and hear Sharafutdinov share more about his wild ride to poker fame here.

Back when WCOOP rolled around in 2014, Germany’s Fedor “CrownUpGuy” Holz was just another young professional poker following his dreams and aiming high. His live results showed some promising scores (the largest being €43,750), but he’d yet to have a breakout result. Then he won the $10M GTD Main Event for $1.3 million, kick-starting a mind-blowing run that would see him go from $202K in live scores in 2014, to $3.5 million in 2015, to a ridiculous $16 million in 2016. He’d continue to rack up multi-million dollar years thereafter, well establishing his prominence as one of poker’s top performers.

Holz was amazing at the final table of that 2014 WCOOP Main, and even ended up winning the final hand with quads. You can watch highlights of that finale below:

When it comes to big buy-in Twitch streams, a milestone of sorts was Jason Mercier‘s 2016 performance (alongside Jason Somerville) in the biggest buy-in online tournament ever at the time, the WCOOP $100,000 Super High Roller. 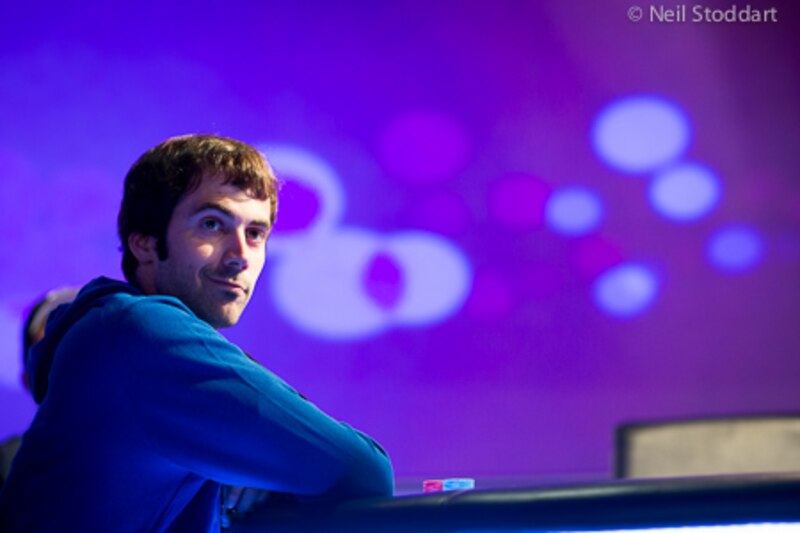 Fans got to tune in and watch Mercier battle against the game’s best for an unprecedented buy-in. We won’t spoil how he got on, or how many bullets he fired, as you can watch the whole thing in its entirety below.

The 2017 WCOOP saw a $25,000 NLHE High Roller event attract 149 entries. The field was unsurprisingly chock full of the best players in the world.

Thus, arguably the greatest final table in online poker history was created. How’s this for a line-up:

If you’d like to watch how that finale played out, you can right here:

Team PokerStars Online‘s Lex Veldhuis offered up a highly memorable WCOOP live stream in 2018, documenting his play for thousands of viewers in a $1,050 PLO event. Lex ended up making the final table, and with $120,000 up top it made for excellent viewing. Check it out below:

Not one but two players who won three WCOOP titles last year, Filipe “Zagazaur” Oliveira and Joao “Naza114” Vieira. Both probably deserve spots on a list like this, but with only one slot left another player’s performance from the year before has to be recognized.

Denis “aDrENalin710” Strebkov won FIVE titles during the 2018 WCOOP to leapfrog everyone and own the all-time record all by himself.

Not only that, Strebkov won his five titles in five different disciplines, too!

That’ll be a tough record to top. But everyone has a chance starting Sunday. Stay tuned and we’ll find out together what new memorable WCOOP moments take place.