Here’s how you designed the PSPC

A few weeks back, I posted a quick update about a trip to Las Vegas where I had the pleasure of meeting the PokerStars executives behind the PokerStars Players NL Hold’em Championship (PSPC) and some of the players who’ll be playing it.

We took a quick look at the potential prize pool for what could be the biggest $25,000 event in poker history. And to finish things off, we added a little reminder that players could also help us shape this fascinating event by taking part in the PSPC Have Your Say survey.

There is, after all, a reason the word ‘Players’ is in the name.

Well, I’m pleased to report that the results are in. Over the two-week survey we had hundreds of responses and every one made a difference. Thank you all.

We set just two conditions before seeking players’ input. Firstly, the event would run for five days. Second, it would be a freezeout format. Almost without exception, players understand the decision to not allow rebuys to the PSPC.

When we sent out the survey we included Platinum Pass winners, players we expected to directly buy in (DBI), and our social media followers. We looked at totals as well as weighted averages, given the number of responses over social media.

I also spoke to our Director of Live Events, Marta Norton and consulted with PSPC and PCA Tournament Director Mike Ward. Mike’s been with the PCA since 2004, when it was held on a luxury cruise ship.

Finally, I got together with PokerStars LIVE staff and five players: Maria Konnikova, Daniel Dvoress, David Peters, Shaun Deeb and Dragos Trofimov. This was to smooth out some items that the survey couldn’t address.

We combined this feedback and the survey results to create what we believe will be the ultimate people’s high-roller.

1. Should the event be eight or nine-handed?

This was a tough one. The results were almost 50/50, and on a weighted basis, 55% favoured eight-handed with the DBI category significantly in favour. But the total ultimately found in favour of a nine-handed game.

So, we’ll start the event nine-handed and, if space and seats allow, move to eight handed at the start of Day 2 at the latest.

2. Should players play for eight or ten hours each day?

Easy! It looks like 70% of you are in favour of an eight-hour day. So, we’ll design the structure accordingly.

3. Should the eight-hour day include a dinner break?

60% of you favoured a dinner break. So, we’ll introduce a dinner break at the earliest opportunity. We plan to not break for dinner during days 1 and 2, then look at player numbers.

4. What percentage of the field should be paid?

Based on total responses, the standard 15% for major live events was the clear favourite here. Then Mike Ward added something new. There’s no rake for this event, so the additional prizepool is going to be distributed amongst those who make the money.

5. What percentage of the prize pool should be paid to first place before PokerStars adds $1 million?

Players favoured 17% to 19% of the prize pool for first place, followed by 15% to 17% based on 600 to 900 players. However, it also became very evident from the round table discussion that we need to slightly flatten the prize pool structure at the top, given the $1 million added to first place.

This is what the PSPC will award*:

*These calculations are based on a contribution per player of $24,250 less 2% staff fee. As mentioned earlier, the $750 balance which is normally rake will be allocated to the prize pool as an additional $25,000, increasing the number of players in the money.

6. Should the PSPC use a shot clock?

Players are resoundingly in favour, with 77% leaning towards its introduction on Day 2. We decided the shot clock will be introduced at the in-the-money stage, which is expected late on Day 2.

7. Should the PSPC use the Big Blind Ante format?

The survey showed 56% of total responses and 64% of weighted responses desired the Big Blind Ante, so we’ll use that format, as is the case for all major PokerStars LIVE events.

8. How many big blinds should be in a starting stack?

Resoundingly, 300 big blinds was the favourite. The PSPC structure will be very similar to the PokerStars LIVE standard High Roller structure, with an extra 10,000 in chips, meaning a starting stack of 60,000 and starting blinds of 100/200. We will play 60-minute levels for the duration of the tournament.

9. How much should a min-cash be worth?

We decided the min-cash will range between $31,900 and $36,300 depending on whether the final number is at the lower or higher end of the number of players-paid bracket. That equates to approximately 1.27 to 1.45 times the buy-in.

Plus, the extra 25k prizes from what is normally the rake component.

Here is a snapshot of how the prize pool will look at the min-cash stage:

This has no bearing on setting the format, however “percent of field” was clearly the most important to players. Here’s a summary of the key structure points:

Whilst in Barcelona, we also took the time to get some player feedback on the full schedule of events. After all, the PSPC is one of many tournaments that will take place in the Bahamas.

I am pleased to say that the full schedule is now completed and available on the PokerStars Live website and app.

Below are the key dates:

For all the details of the entire PCA, visit the PokerStars Live website here.

Thank you all, once again, for your contributions. 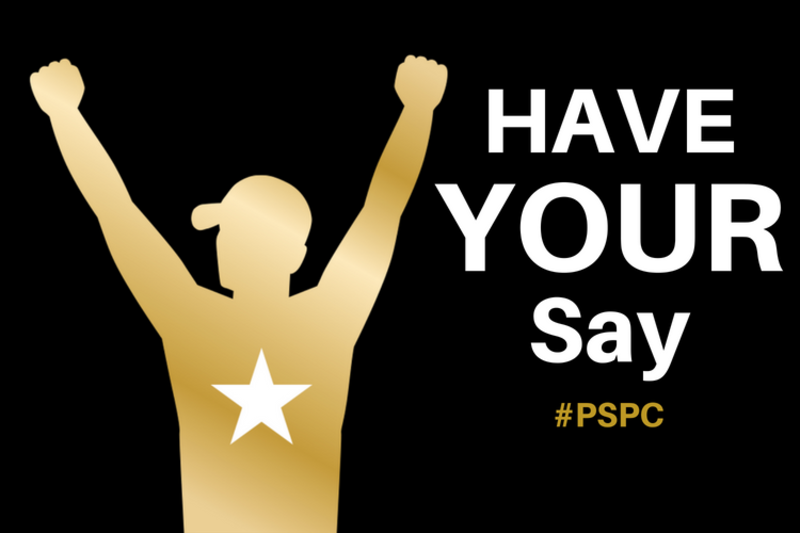