It’s one of the biggest buy-in events of 2018, and if you asked any of the players who took part they’ll tell you it’s the one they really want to win.

After three days of play, Isaac Haxton secured his largest score in an already incredible career, defeating Alex Foxen heads-up for the $3,672,000 first place prize. “This is my biggest score ever and easily the best accomplishment,” he told Poker Central. “This is the highlight of my tournament career.” 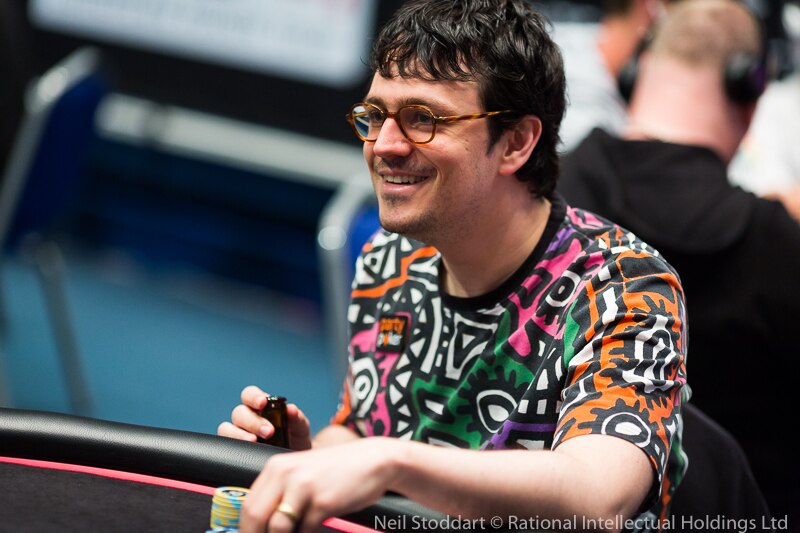 The tournament began on Monday with 36 of the best players in the world. Kurganov’s fellow Team Pro Daniel Negreanu built a big stack early on, and made that incredible fold which you’ve no doubt heard about by now. But Negreanu would ultimately bubble the final table.

As you’d expect from such an event, the finale was spectacularly stacked. Joining Kurganov, Haxton and Foxen were Stephen Chidwick, Adrian Mateos, Talal Shakerchi, and Ali Imsirovic.

Following Imrisovic’s exit, Kurganov was left as the short stack. Not going down without a fight, he doubled up a few times before playing a huge pot against Mateos in which Kurganov was all-in on a flop with a straight draw and two overcards versus Mateos’ pocket aces. The draw bricked and he was left with 12 big blinds.

In his final hand, Kurganov got it in with pocket sevens against Shakerchi’s pocket tens, which held. For sixth place, Kurganov won $756,000.

He did an interview with Poker Central after his elimination, where he discussed an interesting hand played against Foxen. You can check that out below.

The score continues a fantastic month for Kurganov, which already saw him crush throughout the PokerStars High Roller Club. Here’s a look at some of those results:

He’ll no doubt be disappointed with the Super High Roller Bowl result right now, but such a great result alongside the best of Kurganov’s peers is certainly something to shout about.

Next up? The PokerStars Players Championship in the Bahamas.

We’ll see you there, Igor.

How to migrate your PokerStars account to the new Ontario site

FAQs: Everything to know about migrating your account to the new Ontario platform

Twitch Poker Tribune: Behind the scenes with Spraggy at the WSOP 2022