Run It Up, Fall It Down

Many people find themselves unwilling to do things at which they don’t excel; they worry about looking foolish alongside those who are proficient. Bill Gates once famously refused an invitation to move from his $3-$6 limit hold’em game at the Mirage to the “Big Game” being played across the room. The money would mean absolutely nothing to him at either table; he just saw no reason to be the object of the (no doubt silent) derision of the assembled top pros.

Chris Moneymaker has the incredibly attractive feature of embracing his human shortcomings. So when we asked him to take on an “American Ninja”-like obstacle course in Reno, he immediately changed into shorts and t-shirt. Even though his partner in the endeavor was Survivor winner and former biking professional Tyson Apostol.

Everything you might fear would happen in this scenario did. The good news is that our video team was positioned to document the entire thing. Enjoy. 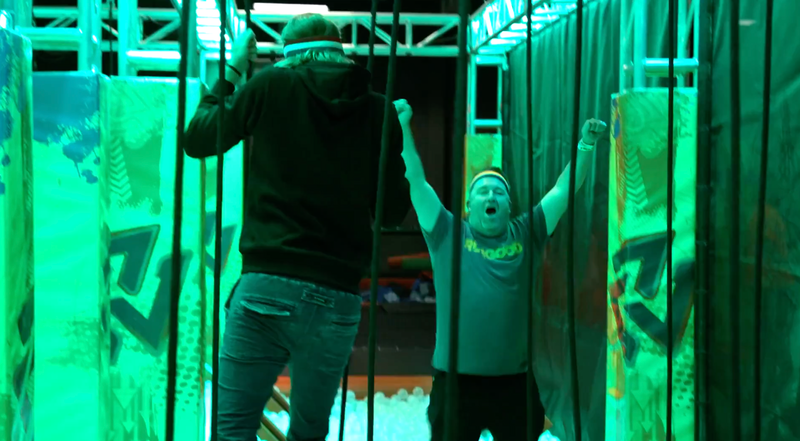 Chris won this particular contest; he was justifiably pumped.