We lost a legend of the game on Tuesday 4th December.

Thor Hansen, the “Godfather of Norwegian Poker”, passed away from cancer some seven years after he was given just months to live. We paid tribute to the great man here on PokerStars Blog, but we certainly aren’t the only ones who wanted to honour him.

Here’s a small collection of some of your personal tributes. 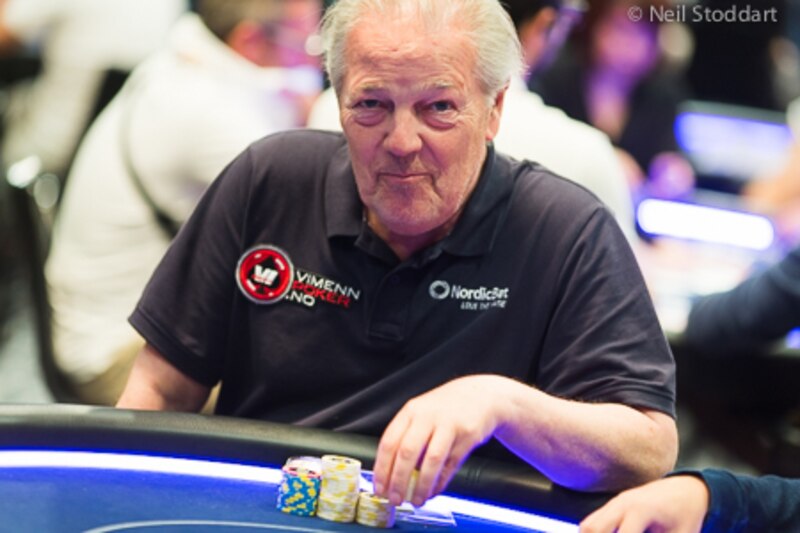 The poker world has lost a legend.
RIP Thor Hansen, you will be sorely missed.@PokerStarsBlog tribute: https://t.co/ubPpiLVyBU pic.twitter.com/AO9iVP3Xoo

Always enjoyed watching Thor on the tour. A true gentleman of the game.

Thor Hansen and my mom were together for 5-6 years when I was growing up. Thor bought me my first drumset and always took me to fun shows and events. RIP Thor.

I will never forget being a complete newbie on the EPT and Thor inviting me, both figuratively and literally, to be part of the party. If I so much as walked past a gathering he was in, he'd pull me into the group like an old friend.

RIP, sir; you were one of the good ones.

I distinctly remember the 1st time I met Thor Hansen in 2005. He made me smile then, and every single time I saw him subsequently. Just listening to him talk made me happy. He was a true gentleman and a sweetheart. He will be missed #RIPThor

I just learned Thor Hansen, the great poker pro from Norway, has passed away. Thor was one of the kindest, most decent, most honest, most universally beloved players ever to play this game. I'm having trouble composing my thoughts. So many fond memories of this wonderful man.

#rip #thorhansen I played a @WPT final table with him and he was a lovely gentleman. Prayers for his family ❤️ https://t.co/o5BDOgdW0s

RIP Thor Hansen, one of the greatest ambassadors of European poker. He was a such nice & genuine guy #legend

Thor Hansen was awesome in every way. I always admired him. https://t.co/rmCIVf7FHt

Sad to hear about the passing of Thor Hansen. An old school good guy and possibly the nicest poker player I've ever played with

I’m very sad to hear about the passing of Thor Hansen, a gentleman and legend of the game. Through illness, he came to the Norwegian Championships in Dublin every year, always bringing a smile to the faces of his table-mates. RIP

Have heard the news that the legendary Thor Hansen has passed after his battle with cancer. One of the true legends of the game, should already be in the Poker Hall of Fame (but, since poker doesn't exist outside of the US, he isn't). Requiescat in pace, Thor…

Thor Hansen truly beat the odds. Diagnosed with terminal cancer in 2012, he fought and managed to stick around for way longer than anyone could have thought. A true legend of the game, a warrior, and one of the nicest poker pros I met. May he rest in peace.

Thor Hansen was that rarest of things, an International Treasure.
Let’s let his family and friends know how much we all feel the loss of this lovely man.

Thor Hansen was one of the most respected, beloved poker players in history. His behavior at the table was impeccable – never berated dealers, never criticized other players, & never whined about bad beats. Everyone ♥️ him. 1st WSOP bracelet winner from Norway (’88). #icon #RIP

When I worked @BellagioPoker I remember Thor Hansen coming in and treating every player and staff member with the utmost respect. They don’t make many like him with such grace and class playing the game we all love. RIP sir.

A class act and a master of getting it quietly. #ThorHansen https://t.co/2aBoaaaIC2

This day is so damn sad 🙁

Rest in Peace Thor Hansen. A two-time bracelet winner, 55 career WSOP cashes. He was a better man than player. You will be missed. Our condolences to his family and friends. pic.twitter.com/EYs1rqQdcn

RIP Thor Hansen the untrollable. So cool – so smart. The rest will have to wait.

Very sad to hear that Thor Hansen has passed away. A rare old school gentleman at the poker tables, always smiling, gentle and kind to everyone. Always greeted us poker media with a handshake and short story, and was simply happy to be able to play and enjoy the game. RIP

Sad to hear of Thor Hansen’s passing. I remember him as being a light hearted, kind and gentle person. Always a pleasure to be around. RIP Thor

I will truly miss the great Norwegian poker player, Thor Hansen — as kind as he was talented. #RIP pic.twitter.com/2ETZQrIPCE

Saddened to wake up to the news of Thor Hansen passing. He was a real fun spirit and a fantastic player and poker is better for having had him around. Thinking of his family and friends today.

Shout out to @LauraMCornelius for this great interview with Thor at the 2014 @unibetopen Cannes that I was lucky to be a part of on the other side of the camera. https://t.co/D8UvzZ8PJq

Rest in peace, Thor Hansen. He was like glue that could bring any group of people together and ensure they had a good time. Made multiple WCOOP final tables in his seventies, years after being given 3 months to live. What an absolute legend of the game.

Seeing a lot of love in my timeline for Thor Hansen, and it is deserved. Every interaction I ever had with him was very 'light' and positive. Definitely someone who was #goodforpoker RIP.

Really down to earth guy, with plenty of hilarious stories and always sharing his poker skills.
Here in Norway he did a great job, legalizing poker.
The Norwegian poker community lost a great personality, but we will remember him forever.
R.I.P Thor "lille Betan" Hansen.

I love guys like Thor at the poker table. Big personalities with a smile on their face. May he RIP.

RIP Thor Hansen. Had a blast when we played together. He was one of the good ones.

Thor Hansen never wore headphones or covered up in a hoodie. He wanted to talk to everyone. No one was a stranger to Thor. Poker will miss you sir! #ripThor

Such a legend. Life-wise as well as poker.

Like one of his best friends here in Norway said; Every time he met a new person, he got a new friend. RIP Thor