Justin Bonomo has defeated Daniel Negreanu heads-up to win the Super High Roller Bowl at the Aria Resort and Casino in Las Vegas. Bonomo takes home an incredible $5 million for the win, while Negreanu walks away with $3 million for his brilliant effort. 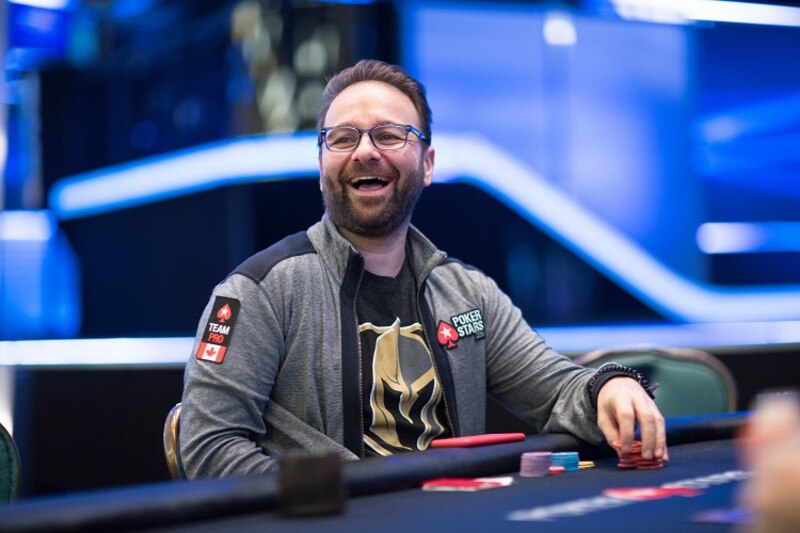 The $300,000 buy-in Super High Roller Bowl is one of the most prestigious events on the poker calendar and an event that Negreanu himself described as the “pinnacle” in an exclusive interview with PokerStars School earlier this year.

This year 48 players entered to create a prizepool of $14,490,000. Negreanu got off to an explosive start on Day One, finishing the day as the chip leader with nearly 4x the average stack. From that point on Kid Poker never dropped out of the top ten and entered today’s final table second place in chips. It was never going to be easy though, with his competition including Bonomo, Jason Koon, Nick Petrangelo and the 2017 winner Christoph Vogelsang.

Eventually, they fell one by one until it was just Negreanu and High Roller veteran Bonomo remaining. Throughout the tournament Negreanu had showcased a serious side to his personality at the table. Long gone were the days of chatting to his opponents throughout the hand to get a read – it wouldn’t work in this field. Instead, Negreanu was quiet and analytical in his approach. Unfortunately for him, his heads-up opponent has been on an unprecedented tear in 2018, with just under $9 million in cashes before this event.

It was a hot streak that Negreanu couldn’t snap here. After coming into heads-up trailing 4:1 Negreanu had managed to claw some chips back when all the money went into the middle on a 9♥6♦7♥ flop. Negreanu must have thought he was in good shape with 8♣7♦ for one pair and a straight draw. That is, until he saw Bonomo held pocket nines for top set. The turn and river failed to bring a straight for Negreanu and Bonomo was declared the champion. He now has just under $14 million in 2018 cashes. Negreanu immediately took to his Twitter to reveal that he was still happy with his week’s work;

I’m exhausted. Tough grind against the worlds best. Proud of my second place finish and congrats to a deserving winner @JustinBonomo

Day off tomorrow then back at it for the WSOP $100k! Will be vlogging it.

The result reinforces Negreanu’s standing as the all-time tournament money winner, a full $5 million ahead of second-placed Erik Seidel.