A little more information about the six players taking their seats at the PCA 2018 final table (with thanks to Jan Kores and Alex Hernando, media co-ordinators): 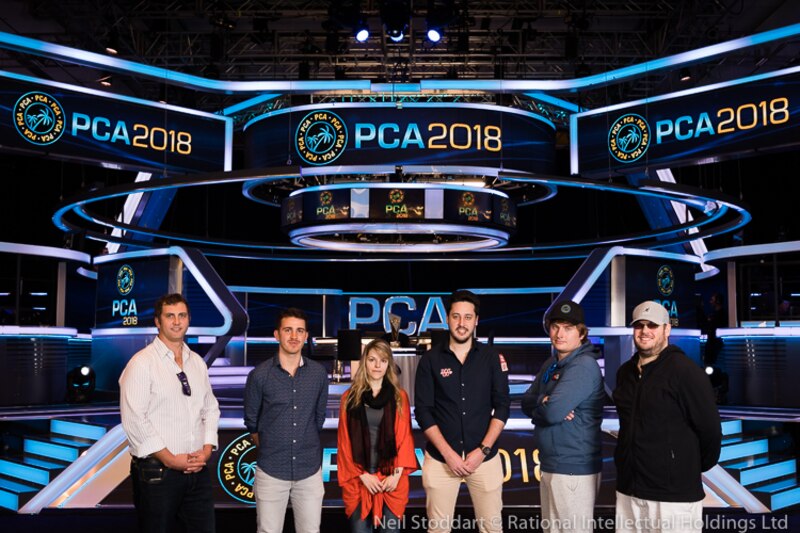 Maria Lampropulos started travelling around the live poker circuit with her boyfriend Ivan Luca in 2014. Back then, Luca was a rising star and Lampropulos would rail him during his deep runs while playing only small tournaments herself. But things have drastically changed since then. Lampropulos started making her first steps towards the bigger scene in February 2016, earning €68,200 for second place in the WPT National Brussels Main Event. Only two weeks later, the Argentinian couple met in a unique circumstances: heads-up in the Eureka 6 Rozvadov Main Event. Lampropulos chopped the prizes with Luca and walked away with another €95,404. But last year Lampropulos made the final leap to the top class. She won the partypoker MILLIONS Nottingham for £1 million. Lampropulos is the last woman standing here and aiming to become the first female champion in the PCA Main Event history. 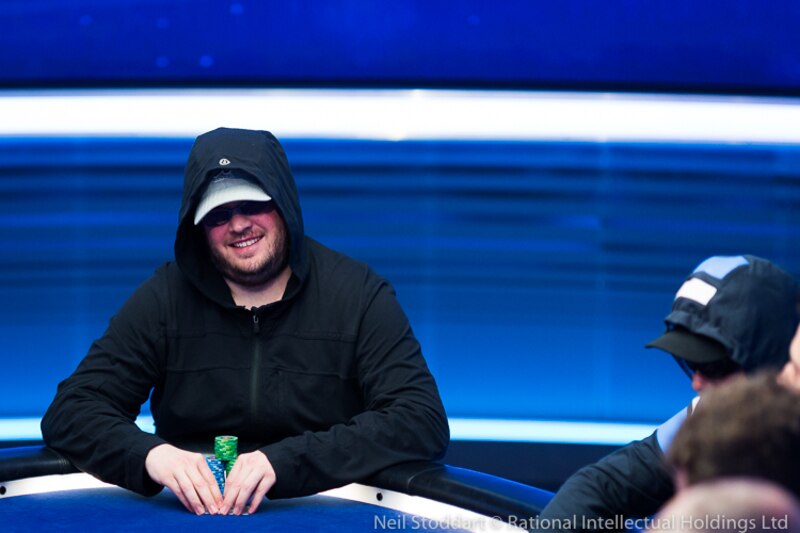 Shawn Buchanan is one of the most decorated players in online poker history. Known as “buck21”, Buchanan became the first player ever to complete the PokerStars “Triple COOP”, winning a TCOOP razz event in January 2014, then an exceptional six SCOOP titles, three of them in 2016 alone. That spectacular hat-trick included two paydays of more than $200,000. The 35-year-old Canadian pro has an excellent live record too, having amassed well over $6 million in live tournaments and his PCA Main Event cash will help him move inside Canada’s all-time top ten. Buchanan’s pedigree features a WPT title from 2007 Mandalay Bay Poker Championship. That victory, worth $768,775, remains Buchanan’s career-best live result to date. He has two other wins to his name, both of them side events at the PCA. 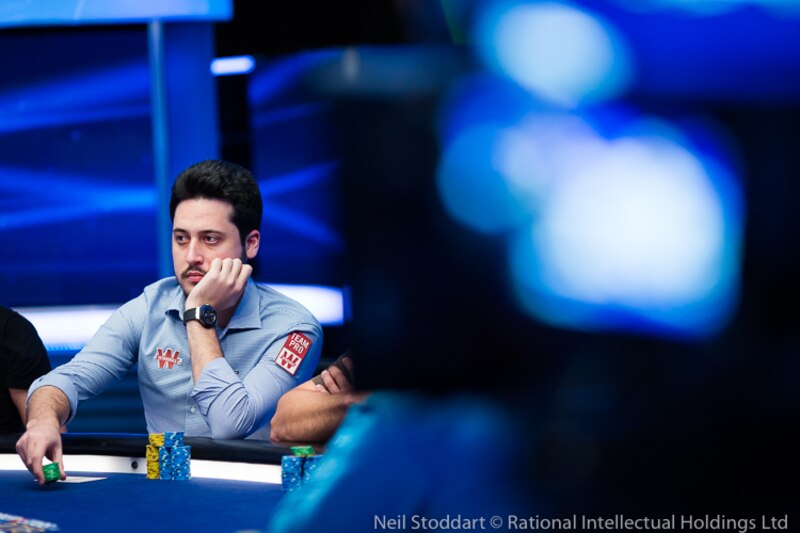 Adrian Mateos has been one of the brightest stars in the world since bursting on to the scene with victory in the 2013 WSOPE Main Event. Since then, the 23-year-old from Spain has gathered a clutch of major trophies and overtook Carlos Mortensen at the top Spain’s all-time money list. Mateos has cashed for more than $12.2 million and last year became the youngest player ever to win his third WSOP bracelet, beating Phil Ivey’s mark. He beat Koray Aldemir heads up for his second bracelet, and completed the hat-trick in the $10k NLH Heads-Up Championship last June. He is also the only Spanish EPT Main Event champion after outlasting one of the toughest final tables in the history of the prestigious tour at the 2015 EPT11 Grand Final. 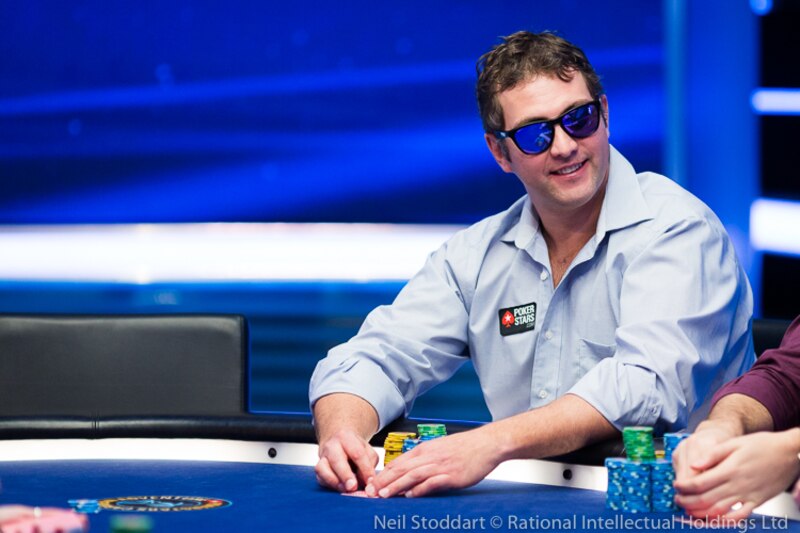 Saskatchewan’s Daniel Coupal started playing poker 17 years ago, though remains a wheat and lentils farmer by profession, playing cards only in his spare time. He mainly competes in cash games but also has some tournament results of note. His biggest accomplishment was a final table during the inaugural World Poker Tour season in 2003. He claimed his $43,075 sixth-prize in international waters after battling against some of the old-schoolers on a cruise ship. Coupal, who has a degree in law, said he’s been enjoying the competition with Oleg Titov who seems to sit always to his left. When Coupal is off the poker tables, he likes to play golf. 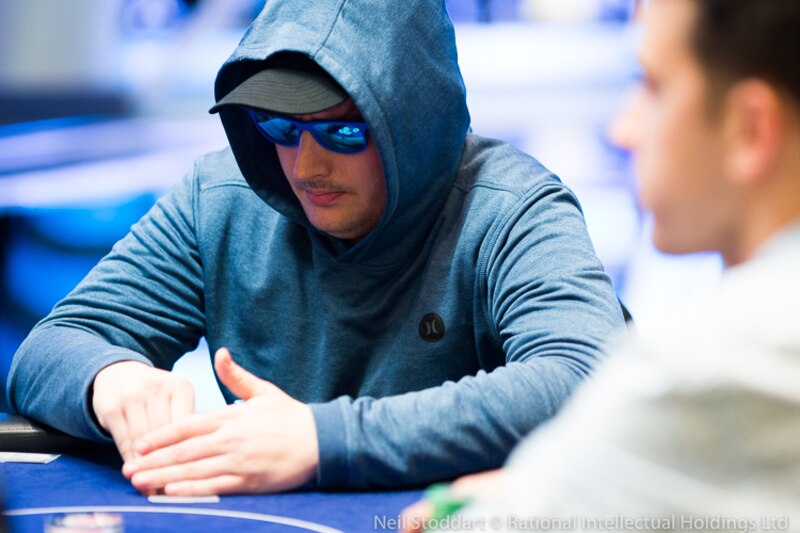 Christian Rudolph is an accomplished professional player with many numerous results both live and online. His most famous moment on the PokerStars circuit, however, came from the rail. Rudolph was rooting for Andre Lettau at the famous final table at EPT10 in Barcelona where the Germans constantly shouted for “seven”, no matter the circumstances. Lettau eventually won the event in Barcelona and now it might be his buddy’s turn. Rudolph’s previous best live cashes came in the United States. His biggest payday was $123,674 for fourth place in the 2013 Caesers Palace Mega Stack Series Championship Event. He’s also been to two WSOP final tables, finishing fifth for $94,799 and sixth for $79,611. He’s racked up just under $450,000 in live tournaments. But Rudolph has been even more dangerous in the online waters. He’s amassed tons of great results on PokerStars including first place in a Sunday Million as well as a Sunday Warm-Up victory. 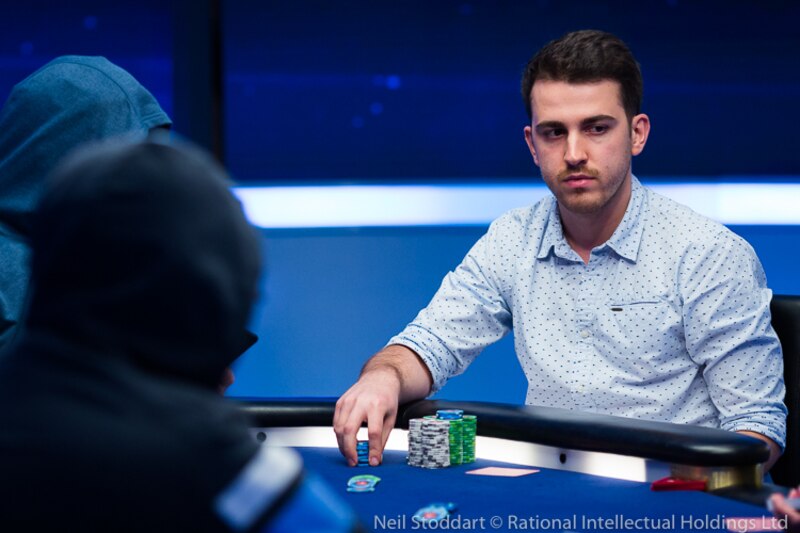 Koray Aldemir is a member of the new clutch of superstar Germans who have been dominating the high roller scene in the past couple of years. He first took up poker on New Year’s Eve in 2006, aged 16, and ever since he was allowed to play for real money, he has been winning. He is now knocking on the door of the top 10 in Germany’s stacked all-time money list with $7.7 million in career earnings. Originally from Berlin, Aldemir moved to Cottbus to study business administration in college, which is where he first got in touch with Raine Kempe and kick-started his career. Suddenly, Aldemir was accompanied by the sharp and motivated minds of Kempe, Julian Thomas and Fedor Holz, all of them grinding mid stakes but planning to move up. Aldemir moved to Vienna to study psychology while laddering through the stakes. His elevation was complete when the friends suggested Aldemir play the $111k Big One for One Drop Event, a tournament Aldemir would have never been able to play on his own. Their instincts proved to be right, Aldemir impressed the world with a third-place finish for more than $2 million. Aldemir added another $1.2 million in a Triton event in the Philipines last year, then 12 more six-figure prizes.