Event #14-H featured the biggest buy-in of the entire Spring Championship of Online Poker series — a cool $25,000. No surprise then to find many of online poker’s brightest and best taking part. Nor was it a surprise to see Andras “probirs” Nemeth end with all the chips and a $576,087.25 first prize, the reward for the Hungarian’s third career SCOOP title.

Day 1 of the event saw the field ultimately grow to 100 total entries (77 entries, 23 re-entries), and once Henrik “hhecklen” Hecklen was knocked out on the money bubble in 14th play was paused with Nemeth the chip leader among the final 13 who would be dividing up the $2.5 million prize pool.

The remaining nine were reassembled around a single table as such:

Soon after it was limitless getting ousted in ninth ($75,767.25) by Andras “probirs” Nemeth to set up the official eight-handed final table, that pot having increased even further Nemeth’s chip advantage over the field. The next hour-plus saw Nemeth grow his stack way up over 15 million, helped in part by his scoring two knockouts in close succession. The first was of Viktor “Isildur1” Blom in eighth when the latter bombed the river with ace-high and Nemeth called with two pair. Two hands later Nemeth stacked ROLFshove in seventh when the latter three-bet shoved with ace-king, Nemeth called with fours, and the pocket pair held up.

The final six returned from the day’s two-hour break with Nemeth holding more than 60 percent of the chips in play. A few minutes later Ole “wizowizo” jammed from the cutoff for almost 2.6 million (26 big blinds) with A♥8♥ and was called from the big blind by Mike “SirWatts” Watson who woke up with A♣Q♥.

Watson was the at-risk player, having but 1.42 million to start the hand, so when the board brought not one but two eights to give Schemion trips, Watson was the one hitting the rail in sixth. 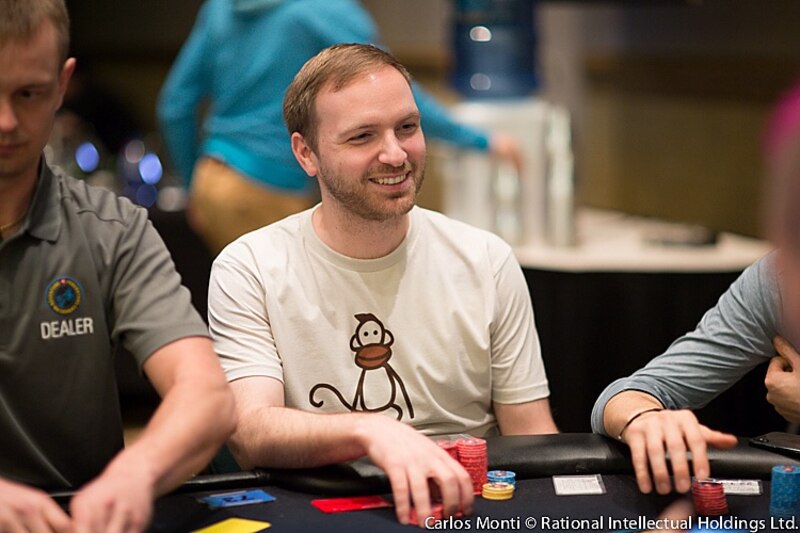 About a half-hour later Roman “RomeOpro” Romanovskyi was the one open-jamming a 30-plus BB stack from the button and Ole “wizowizo” Schemion called all in from the small blind for his last 725K (about six BBs). Romanovskyi had 4♠4♥ and Schemion A♠J♠, and again the small pair held as the board came 2♥A♦10♥10♣5♠, ending Schemion’s run in fifth.

It’s a nice showing for Schemion, less than a week removed from his final table showing in the PokerStars and Monte-Carlo®Casino European Poker Tour Main Event where he finished eighth. Just a few minutes later Rui “RuiNF” Ferreira open-shoved from the small blind for just over eight BBs with 7♥6♥, leader Andras “probirs” Nemeth called with K♥2♥, and the K♦4♣K♠5♣9♦ board gave Nemeth trip kings and stopped Ferreira in fourth. They were still three-handed by the day’s three-hour mark, then after Romanovskyi min-raised the button, huang33 three-bet shoved for almost 1.5 million (not quite 11 BBs) and Romanovskyi called. huang33 had K♣Q♦ and Romanovskyi A♠5♠, and the A♥9♠Q♣7♣3♥ board made aces for RomeOpro while ending huang33’s run in third.

Even with that pot, Romanovskyi faced a steep uphill climb heads-up with about 5.45 million to start versus Nemeth’s 19.5 million-plus. That said, no one railing this one would have been surprised to see RomeOpro surmount such a deficit, not with the week he’s been having. Here Romanovskiy would battle gamely for about 50 minutes with Andras “probirs” Nemeth, closing the gap but never quite taking the lead. Finally RomeOpro lost nearly half his stack in a hand that didn’t go to showdown, knocking him down to just over 2.4 million (12 BBs) when the final hand took place.

It began with Nemeth jamming from the button, and after being dealt A♥6♠ Romanovskyi was quick to call. Nemeth showed A♦5♦, then the 10♥K♠5♥ flop came to pair Nemeth’s kicker. The 4♦ and 9♦ completed the board and it was all over — Nemeth had won.

Congratulations to Andras “probirs” Nemeth for outlasting a tough final group and the red-hot Romanovskiy to win his third career SCOOP title and a huge $576K payday. 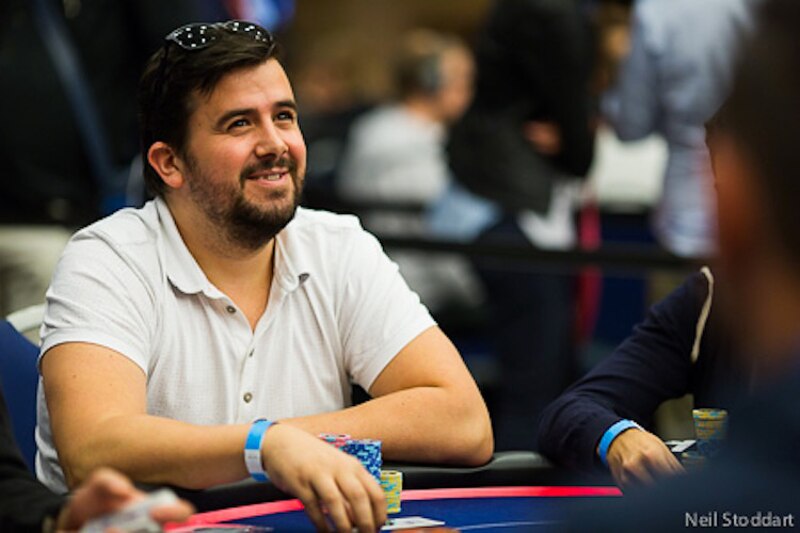