The last decade has been good for Matt “OLD TIME GIN” Stone. He’s earned $3.5 million in PokerStars tournament cashes and dozens of outright victories, the second-largest being his $83,000 score winning the Super Tuesday back in August 2012. 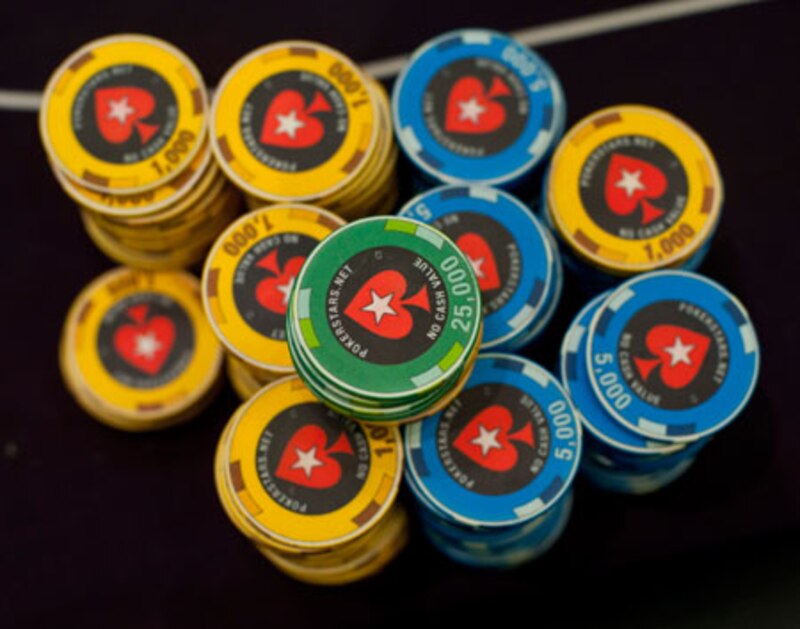 Two months after that landmark victory OLD TIME GIN found himself one spot away from a second title. After starting heads-up play with the shorter stack, he got his money in ahead. But he finished runner-up when his opponent rivered a flush a dozen hands in. He earned what was at the time the third-largest cash of his career, but had to put his hopes for a second title on the back burner.

Tonight, five and a half years later, he finally returned to the scene of that disappointment and made the most of the opportunity, walking away with a personal top-ten cash and a second career Super Tuesday title.

OLD TIME GIN enjoyed a relatively breezy path to the final table tonight. He first took over the chip lead with about 50 players left and held one of the bigger stacks until there were two tables remaining. From there he maintained a stack worth about 50 big blinds until viktorrz was eliminated on the bubble, setting the final table line-up: I’am_Sound had an uphill battle in trying to top a sixth-place finish in the Super Tuesday two weeks ago. Things started fortuitously enough with A♥A♦ and a double through Kenny “SpaceyFCB” Hallaert’s A♣Q♥.

SpaceyFCB had been left in desperate straits by that earlier loss to I’am_Sound. He had a great opportunity to get back in the game a bit later when he was dealt K♦10♣ in the big blind and Internett93o opened all-in from the small blind with Q♥9♦. SpaceyFCB called and stayed ahead on the flop and turn before Internett93o made a pair of nines on the river of the 8♦A♣5♦4♣9♣ board, ending SpaceyFCB’s bid for a second Super Tuesday title in eighth.

The next hour was for the most part played seven-handed. The short stacks were winning when it counted. Roman “RomeOpro” Romanovskyi got down to just a few big blinds before doubling with Q♣Q♠ and slarki1 did the same with 10♣10♠. Kristen “krissyb24” Bicknell took a few losses during this stretch, including one with pocket fours against RomeOpro’s pocket fives, and her stack fell to around 20 big blinds before she tried to steal the blinds and antes, moving all-in from the small blind with J♥3♦. slarki1 called with 7♠7♣ in the big blind for less than eight big blinds but left in seventh when the 2♣A♣K♥J♣Q♦ board gave krissyb24 a pair of jacks.

The next 25 minutes saw lots of small pots with the occasional double-up, first for Internett93o, who made a flush with A♠Q♠ to beat OLD TIME GIN’s 10♦10♠, and then for OLD TIME GIN, whose A♣8♠ topped Juanki “B4NKR0LL3R” Vecino’s Q♦J♥. That all turned out to be the prologue to a monster three-way pot that boosted OLD TIME GIN to the top of the leader board.

RomeOpro had been making the most of very little throughout the final table and he finally found himself all-in for a bit under 10 big blinds after opening under the gun with K♠10♦ and calling when Internett93o jammed from the big blind with A♥7♥. A pair of tens on the flop yielded to Internett93o’s turned aces and sevens as the board came 10♥5♦7♦A♣8♦ and RomeOpro exited in fifth.

OLD TIME GIN had a firm advantage now with 63 percent of the chips in play. Two of the other three remaining players soon picked up big starting hands and clashed before the flop, Internett93o with A♠K♠ and lbd.pkr with K♦K♥. Internett93o’s chances improved greatly on the 4♠Q♣9♠ flop but that was as good as things got; the 5♦ turn and 5♥ river locked up the 1.8-million-chip pot for lbd.pkr and eliminated Internett93o in fourth.

The question now was who would end up facing OLD TIME GIN heads-up. The answer hung in the balance of three pots played out by lbd.pkr and B4NKR0LL3R.

The latter doubled up early during three-handed play with A♣10♣ against OLD TIME GIN’s K♣Q♥, then defended the big blind with K♣2♣ and made a club flush on the same turn card that gave lbd.pkr queens and nines with Q♠9♥. Winning that 2-million-chip pot moved B4NKR0LL3R ahead of lbd.pkr before the two played out the pot that ended lbd.pkr’s tournament. That win moved B4NKR0LL3R ever so slightly into the lead with 3.6 million chips to OLD TIME GIN’s 3.57 million as heads-up play began, previewing a hard-fought 50-minute-plus duel. OLD TIME GIN got out to an early lead but then B4NKR0LL3R jammed for two million with 10♠10♦ and doubled when the pair held up against OLD TIME GIN’s pair of eights and a straight draw that didn’t come home. OLD TIME GIN struck back with two million-chip pots in a row but then picked a bad time to bluff; he check-raised out of position with A♥8♦ on a 2♦K♦2♥ flop and then fired off another 1.6 million after the turn and river, only to lose when B4NKR0LL3R turned over J♠2♠ for trip deuces.

That loss left OLD TIME GIN’s hopes for a second Super Tuesday title pinned to a 15-big-blind chip stack – just enough, as it turned out. First he jammed on the button with A♦6♠ and doubled to 1.5 million chips against B4NKR0LL3R’s Q♣J♠. On the next hand he earned 1.1 million after flopping a flush draw with J♦5♦ and making a pair of jacks on the river. And three hands after that he limped on the button with A♠10♥ and then moved all-in when B4NKR0LL3R raised in the small blind. B4NKR0LL3R called with A♥9♥ but lost out on the 4.2-million-chip pot after the 10♣ on the flop gave OLD TIME GIN a pair of tens.

B4NKR0LL3R was far from out of the game, but OLD TIME GIN had control. The two battled for another 20 minutes before B4NKR0LL3R limped in with Q♦Q♠ on the button and then called when OLD TIME GIN jammed with A♥9♠. A nine on the flop and an ace on the turn gave OLD TIME GIN aces and nines, and the K♣ on the river gave him his second career Super Tuesday victory.

Winning this tournament once is tough. To do so twice is the mark of a player who’s at ease in a tough field. Congratulations to OLD TIME GIN on another big victory!