Then there’s the a-typical Twitch Streamer.

Say… early-forties, a two-day beard, hair a little out of place. And a World Series Main Event bracelet laying around somewhere.

Chris Moneymaker might not fit the standard Twitch job description, but he’s been busy, rocking the Twitch world from his Atlantic City hotel room this past week, and scoring some fantastic results. 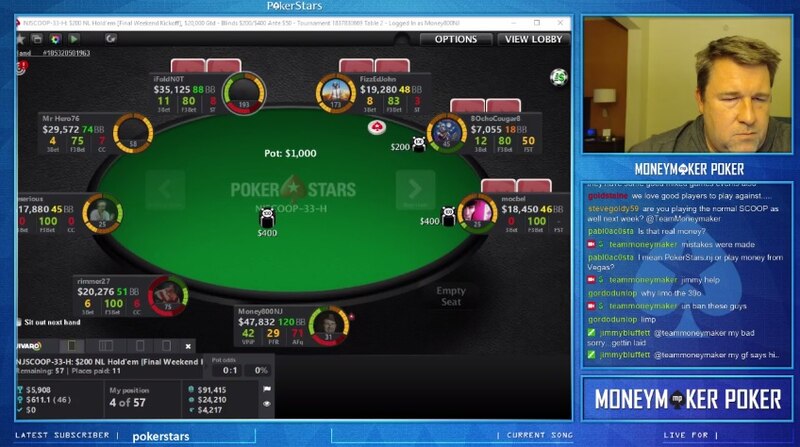 …all while streaming on Twitch from a laptop.

streaming on Twitch from a laptop

He’s been busy all alright.