With the Bounty Builder Series officially underway and all the regular Sunday flagship events going too, we saw plenty of big-name winners over the weekend. Here’s everything you need to know. One player who certainly won’t be feeling blue this Monday morning is Germany’s “Wild_Smurf”, as he or she took down the $215 SUNDAY MILLION last night for a monstrous $140,572 score.

The event got 5,202 runners, and after almost 14 hours of grinding “Wild_Smurf” was able to defeat Belgium’s “francais50” heads-up for the title with no deal. Vladimir “vovtroy” Troyanovskiy also made the final table, ultimately busting in sixth for $23,925.

A beast both on the live and online felts, Argentina’s all-time no.1 Ivan “Negriin” Luca added a Bounty Builder Series title to his CV yesterday with victory in the $2,100 High Roller. Another player who enjoyed a great start to the Bounty Builder Series was the UK’s Charlie “JIZOINT” Combes. He emerged victorious in the first event of the series, the $109 Six-Max, adding $38,314 plus $18,879 in bounties to his bankroll. 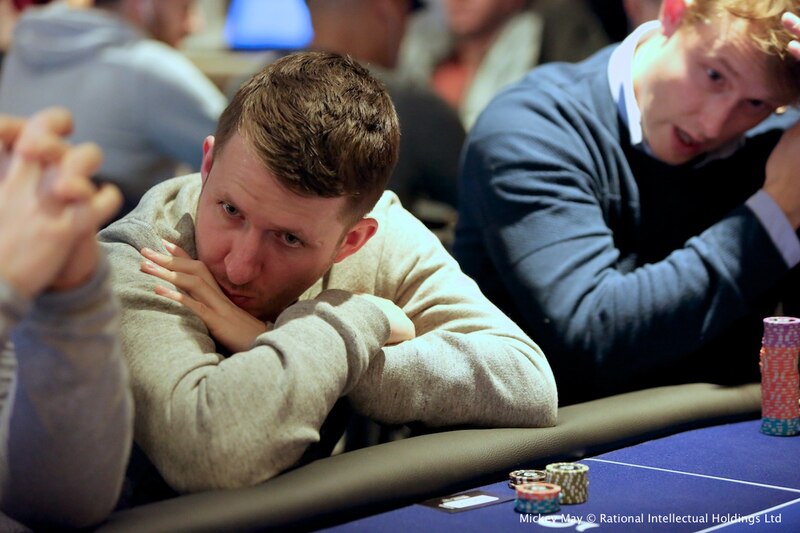 Anyone who was tuning in to the PokerStars Twitch channel last night would have seen Team PokerStars Online’s Benjamin Spragg enjoying a deep run in that event. Spraggy would ultimately fall in 32nd place (out of a field of 5,388) to win $501 plus $660 in bounties.

Another recognisable winner over the weekend was Canada’s Bryan “bparis” Paris. One of online tournament poker’s all-time biggest winners ($11.3 million and counting), Paris took down the $215 Sunday Warm-Up for $33,458, outlasting 1,031 runners and defeating a final table which included Ami “UhhMee” Barer (4th for $12,436).

Speaking of online tournament poker’s biggest all-time winners, Chile’s Nicolas “PKaiser” Fierro is right up there too. He won $12,990 yesterday with victory in the $55 Sunday Marathon, bringing his total earnings up to $11.63 million. The tournament, which boasts a fantastic, slow structure, took 14 hours in total to get through its 2,543 runners. Fierro would end up beating “MartinPro666” heads-up for the victory.

You can check out all the results from the weekend here.

Whilst deep in the $109 Bounty Builder Series event, Spraggy said if he won he would stream nude. This prompted Fintan Hand to announce that “3,000 viewers are all now hoping you lose heads-up.”

Still, the folks over at PokerStars Twitch created a visual which you may or may not want to see:

So @spraggy is running deep right now (38 left with 70k up top) in the $109 and stated publicly if he wins he will stream like this…. https://t.co/ZHIi0h2h2L pic.twitter.com/hnhP56iFnA

And Sunday was a big day for Jaime Staples, as he explains:

A big day of grinding ahead as the bounty series kick off. Also it is the final day of #myultimatesweat ! Some incredible journeys. Finish strong and I look forward to your wrap up videos this week

Jaime’s Platinum Pass giveaway isn’t the only one ending. Lex Veldhuis revealed his winner live on his stream last night (more details on that soon), and Daniel Negreanu was working over the weekend to find his winner too:

So many incredibly deserving entries for my #DonateWithDaniel Platinum Pass giveaway the process to pick a top 5 has been painstakingly difficult but very rewarding.

Thanks to all of you who submitted videos sharing who you play for!