A recap of the major results from this weekend on PokerStars…

• Lucky_Jew_17 wins Sunday Million and $117,222
• Anthony Chimkovitch, Simon Mattsson, and Shawn Buchanan among weekend’s big winners
• All the result from the weekend majors 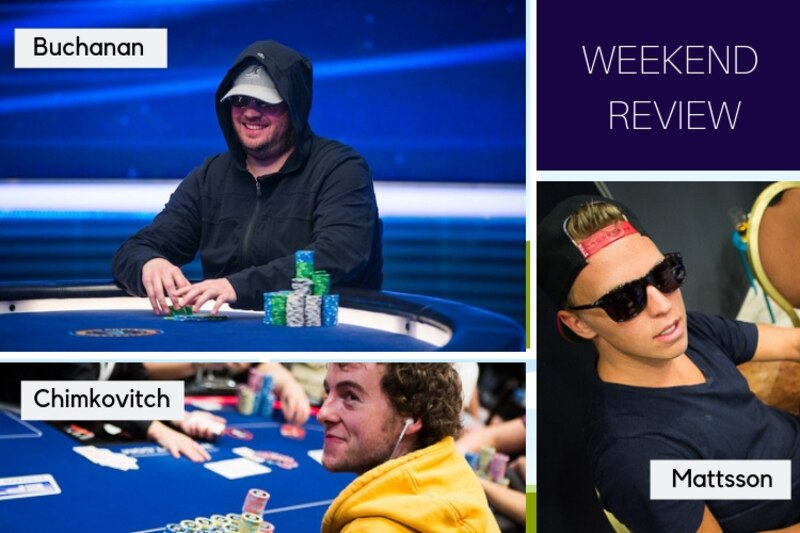 There were wins for Shawn Buchanan, Anthony Chimkovitch and Simon Mattsson this weekend. Read about those results, and all the others from the weekend majors, below

For Anthony “OempaLoempah” Chimkovitch it was in the High Roller Club Sunday Warm-up. The former Super Tuesday winner from Belgium won $55,545, getting past the likes of pabritz in second, Connor “blanconegro” Drinan in third, and Mustapha “lasagnaaammm” Kanit who finished sixth.

Simon “C.Darwin2” Mattsson did the same in the HRC Omania HR event, collecting the title and $12,364. That was the best of three final tables. The Swede also finished second in the HRC Sunday Cooldown for $23,968, and eighth in the HRC Sunday HR for another $9,397. That event was won by Russian player DRONCHEK ($56,673).

Former PCA runner-up Shawn “Buck21” Buchanan won the NLO8 Sunday SuperSonic. The payout for first was slightly less than the HRC, amounting to $7,005. But Buchanan had to beat Niklas “Lena900” Åstedt heads-up to win it. That didn’t exactly make things any easier.

Another familiar name also featured on the results sheet.

Check out this week’s results page for all the scores from the weekend on PokerStars, including all the High Roller Club results, details of final table finishers, and who just missed out on honours this week.