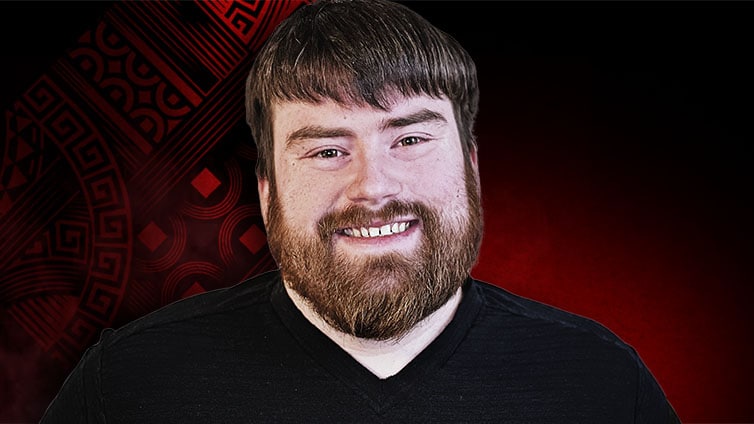 Inspired by Chris Moneymaker’s win at the World Series of Poker, Mark Foresta and his friends started to take a real interest in the game. It has led him to having many wins, including in Las Vegas, and now joining the Team PokerStars Pro Online. A achievement he finds a real ‘honour and privilege.’

Ever since a young age, Mark Foresta has always been interested in playing cards. Playing with his family and friends, that element of competition and eagerness to win is something he enjoys most. Continuing to play through his high school and college years, it led Mark to enjoy several highlights; including one at NJCOOP and playing against future world champion Scott Blumstein – a memory that will always be special.

Having always looked up to so many with the PokerStars badge, Mark continues to work hard to get better at his game streaming. Having the opportunity to inspire others to enjoy the game is a responsibility that he thrives from. It’s what he cites as being the best thing about streaming, having  ‘the opportunity to share his success with his community.’ This was evident when he was able to satellite his way into a US$200 buy-in and be viewed by nearly 3000.

Being a member of the Team PokerStars Pro Online, Mark aims to help make poker more enjoyable for everyone. Encouraging feelings of togetherness between himself and his viewers, with everyone being a part of a successful team when the person streaming reaches the final tables, it’s a real sense of delight. Another factor that Mark enjoys about streaming is learning from others – seeing how they deal with similar situations and thus becoming a better poker player.

Away from the tables, challenging his mind with problem solving, playing pool and planning trips with friends and family is what excites him the most. Mark graduated from a Computer Engineering Program at Drexel University.

You can find Mark on the tables under the name NaigoPA.