Stacked and stupendous final table to say the least in SCOOP Event #61-H Progressive Knockout, featuring the previous two SCOOP Main Event champions -- Charlie "Epiphany77" Carrel (2017) and Talal "raidalot" Shakerchi (2016) -- plus Triple COOP winner and SCOOP deity Shawn "Buck21" Buchanan. The collision course of a final table included a virtuoso from Canada, a Merkaba-seeking prodigy, a financial sensei from London, an American online exile in Costa Rica, and a couple of unpredictable sharks from Estonia and Uruguay. Despite the astounding collective poker pedigree, there could only be one winner. Whomever outlasted this hazardous final nine would certainly earn every cent of their first-place windfall. In a stormy heads-up climax, Uruguay's Francisco "Tomatee" Benitez engineered a brilliant comeback capped off by sniffing out a bluff with a hero call. Tomatee landed a crushing coup de grace seven hands later to knockout an embattled DEX888 in second place. Tomatee banked approximately $206,000 in this single-day event, including $128K for first place plus $78K in PKO bounties. 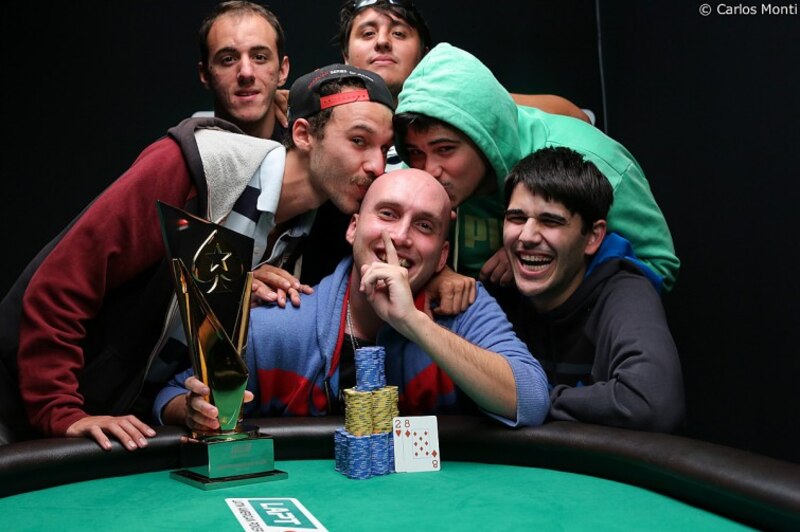 With 16 remaining on the final two tables, markovistus led with 26.5M, or twice as much as Illini213 in second place. On the final table bubble, a ravenous markovistus moved up to 40M and sought to conquer more stacks.

The final table commenced during Level 38 with blinds at 200K/400K and a 50K ante. With nine remaining, markovitsus still retained the lead. He also had the biggest bounty remaining roughly at $29K, or twice as much as the second-biggest bounty.

The most notable dignitaries at the final table were couple of SCOOP Main Event champs and a SCOOP GOAT.

Charlie "Epiphany77" Carrel and Talal "raidalot" Shakerchi won the SCOOP Main Event over the previous two SCOOPs. Banker turned pro radialot had 3 SCOOP titles going into this year's series and he put himself in position to win another.

The most-feared player at the table was easily Shawn "buck21" Buchanan. The man, the myth, the hoodied legend. Canada's native son is one of the most successful players in the history of online poker. That's not hyperbole, shinola, or a half-baked assessment. buck21 crushes SCOOP every Spring, so it makes sense to name the SCOOP Main Event trophy after him. The bona fide Triple COOP champ also won no less than 6 SCOOP titles.

But wait... there's more! As if Buchanan, Carrel, and Shakerchi weren't a big enough headache to worry about at the final table, you also had to contend with Steve 'Illlini213' Barshak, who won his second SCOOP last week and won a WCOOP in 2012. He's one TCOOP win away from a Triple COOP. Oh, and how could we overlook Markku "markovitsus" Koplimaa, who binked $5 million in tournaments on PokerStars? Estonia's markovistus went deep in multiple COOP events, but he's yet to ship one outright.

Rounding out the final table... Daris "DEX888" Pedes (who won the Super Tuesday), Ferran789999 (chopped and won both the Super Tuesday and the Sunday Million), and Francisco "Tomatee" Benitez (high roller winner at LAPT Peru in Lima).

I don't know about you, but I wouldn't want any one of these elite players at my final table. The winner of this battle royale will earn enough street cred to last three lifetimes.

Jacks versus tens. The result will shock you. Yeah, tens slayed Jacks in a beatdown so swift, yet stunning it will leave you ruminating the meaning of life for the next decade. Ferran789999 open-shoved with J♥J♦ and Epiphany77 accepted the challenge with T♥T♠. Epiphany77 turned a fortuitous T♣ to snatch the lead. The cosmic set of tens achieved enlightenment when they held up on the river. Epiphany77 won the pot, the bounty, and Ferran789999 hit the virtual rail in ninth place. 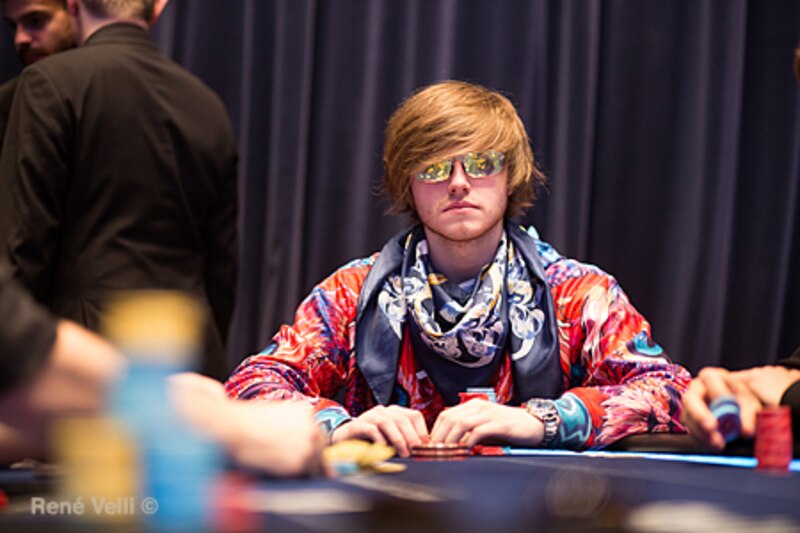 No dancing around for markovitsus and Epiphany77. They roared forward and threw down in a pot worth 20.6M. Epiphany77 min-raised, markovitsus shoved and Epiphany77 called off the rest of his stack with A♣9♣. markovitsus led with A♥Q♥. The board finished up K♦Q♠8♦J♦2♦. Epiphany77 picked up outs with a gutshot draw on the turn, yet failed to improve. After the dust up, markovitsus won the pot with a pair of Queens. markovitsus also won a bounty worth $5,128.91. Charlie "Epiphany77" Carrel busted in eighth place, which paid out $11,991.22

ORANGE CRUSHED; JACKED ON THE RIVER

Two short-stacks jousted. Dreiven open-shoved with 4♦4♣ and Illini213 called with A♦9♠. The board ran out 7♥6♥3♠T♣6♣. Illini213 turned a straight draw, but whiffed on the river. Pocket fours were good for Dreiven. Illini213 was dunzo in seventh place.

Six-handed didn't last long before two more shorties went for the jugular. Dreiven opened, DEX888 shoved with K♥J♥, and Dreiven called with 9♥9♣. DEX888 rivered a Jack to win the pot. Dreiven bounced in sixth place, which paid out $23,598.65 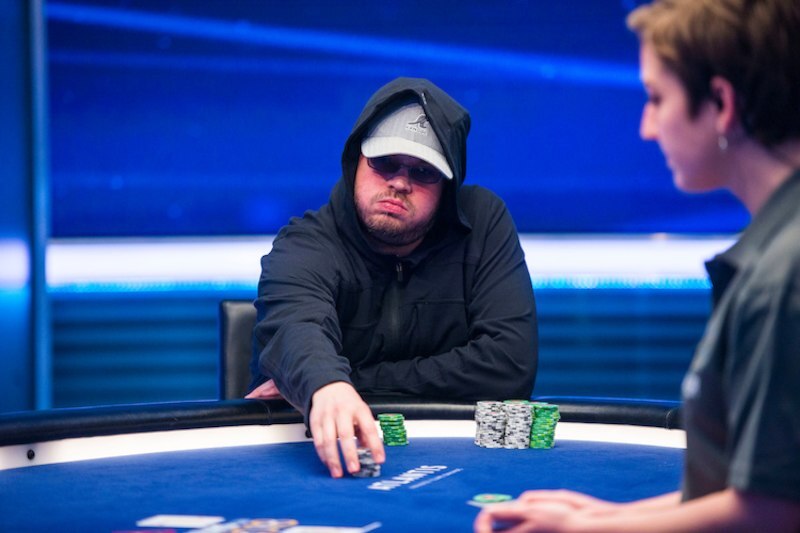 The quick decent into choas happened in a span of two hands. One minute Shawn Buchanan had his steely eyes on another SCOOP crown and the next, BOOM! He was out. In the first hand, Tomatee doubled through buck21 when his A♦K♠ outflopped buck21's 7♥7♦. On the next hand, a glazed buck21 met his demise in a multi-way pot. buck21's K♥8♠ lost to raidalot's Q♠4♠. Shawn "buck21" Buchanan earned $33,105.32 for fifth place, plus $10K in bounties.

With four remaining, markovitsus was still the player to beat with an envious stack worth 57.6M.

With a withering stack, raidalot jammed all-in preflop and got two callers. They checked it down to the river. The board finished up 8♦4♣3♠K♣T♣. Tomatee won the pot with two pair and T♠3♦. Both DEX888 and raidalot mucked their losing hands. 2016 SCOOP Main Event champion raidalot finished in fourth place, which was worth $46,441.87.

With three remaining, markovitsus lost the lead for the first time in a very long time. DEX888 launched a successful coup and took a turn in the top spot. 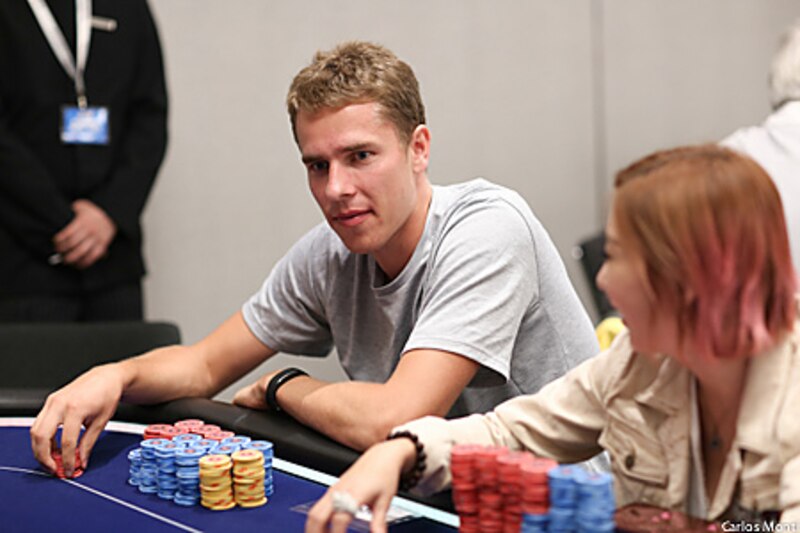 DEX888 led almost 3 to 1. Could Germany fend off Uruguay?

This fiesty heads-up bout lasted 70 minutes. DEX888 coughed up the lead after Tomatee landed a couple of haymakers. Mostly, the two danced around for the first hour while landing sporadic, low-impact blows. When heads-up headed into its second hour, Tomatee sensed fatigue and seized the initiative by attempting to dissemble the big stack.

Tomatee won a stunning 42M pot after sniffing out a bluff with a pair of Queens on a King-high dry board. Tomatee saw through the DEX888's brittle facade and the German's total air with seven-six offsuit. Tomatee jumped ahead 118M to 50M. Seven hands later, it was all over. 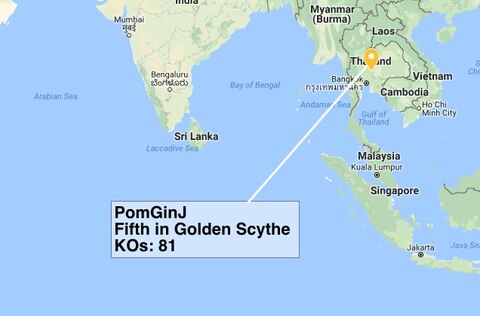 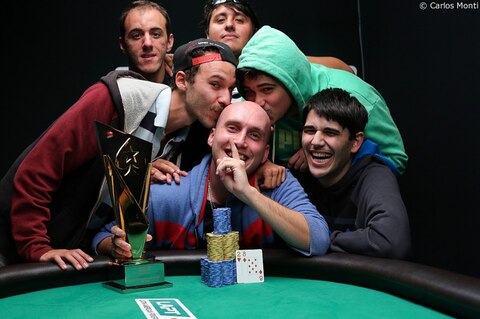 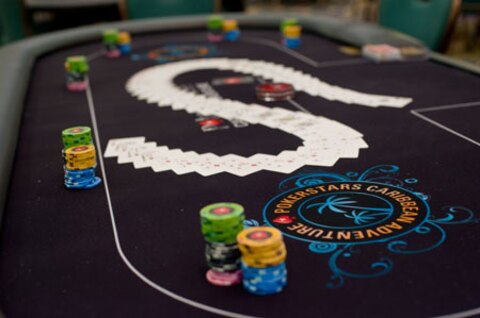 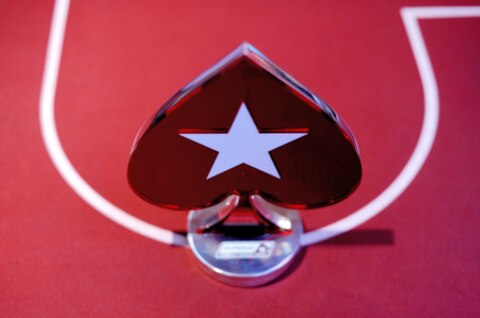 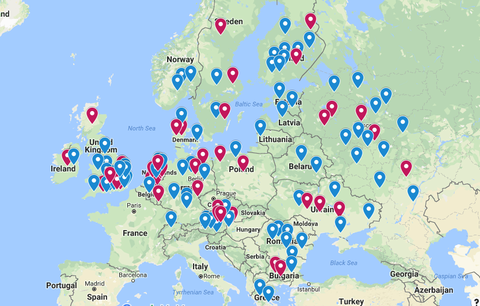