If you follow football closely, you’ll have seen a certain language entering the conversation. xG, or ‘Expected Goals’, is a term you won’t have been familiar with a few years ago.

You might be sceptical about it, too. Maybe you’re not sure why we need numbers to quantify the things we can see with our own eyes simply by watching games. However, if your resistance to xG comes from a fear that it’s complicating the game, you have less to worry about than you first thought.

“I think it’s a more analytical take on conversations people have about football all the time,” says Mike Goodman, managing editor of football analytics and data company StatsBomb.

“Everybody who watches football, who is a supporter of any kind, is used to arguing about arguing how good this or that chance was.

“The thing to keep in mind when we talk about it from this perspective is that expected goals is not particularly accurate for any given shot. you will have a better idea of how good any given shot is just by watching it than you will be looking at the numbers.

“But when you start to look at a game’s worth, or five games’ worth, or a season’s worth, that’s where xG is very very good and very very powerful in terms of being able to tell you information and predictive information.”

In its simplest terms, xG assigns a score to each chance, representing the likelihood of that chance resulting in a goal. It takes in all the factors you’d imagine when assessing the quality of a chance. For example – a shot from a central position will have a higher xG amount than a header, or a shot from out wide. We’re not looking at these chances based on the player they fall to. But we can use xG data to assess – if not the quality of a player – their sustainability.

This can be done by measuring a player’s xG against the actual number of goals they scored over a given period. This gives a feel for whether something out of the ordinary is going on. It’s also possible to look at a club’s xG across a season to learn how ‘true’ or ‘false’ their position is.

Perceptions of the 2016/17 season will naturally have been clouded by the previous campaign. It’s difficult to ignore your own memories, after all. But it was a more genuine representation of where (according to the numbers) the team should have been.

Manchester United, for example, can look at the disparity between xG and actual goals in their goals against column from the 2017/18 season. From that they had a choice. Pray that goalkeeper David de Gea plays well enough to sustain that disparity for another season. Or invest in some defenders so that he doesn’t have to.

“It is true that most of the work that’s gone in [to developing xG models] has gone into the predictive side, if only because that’s where a lot of people find utility,” Goodman explains.

“Teams want to be able to better predict how players will perform if they buy them, gamblers want to better predict the future using these models in terms of finding soft markets. But as it becomes more popularly used, as something which shows up on TV at the end of a match, say, there is some utility in working towards being more accurate while not removing predictive value.”

Take Burnley, for example. The Clarets have consistently outperformed xG models – both in defence and attack – for each of their past two seasons back in the Premier League.

Their failure to comply with the model might be enough for some to call them ‘lucky’ or ‘unsustainable’. The anti-stats crowd might even use it as a stick to beat statistical analysis in general. StatsBomb aren’t satisfied with either answer.

“You want to be able to look at a team whose actual goals have differed from their expected goals and be able to say something more precise, something smarter, more of value than just ‘oh, this will eventually come back together’,” Goodman says.

“You want to be able to say with some degree of certainty why – is it just luck?

“There are probably all sports of factors that are temporary, that come in and go out… just because they’re temporary doesn’t mean they’re just luck, so a good path forward for these models is being better able to differentiate these fluctuations and understand them more. Being able to do those things, other than just looking at the 2 numbers, xG and actual goals, has a lot of value.”

xG map for Everton – Burnley. This feels like exactly the kind of Dyche match that xG misses on. Still, just the one Burnley chance really. pic.twitter.com/TrI4Y2zDcE

Stelling famously dubbed it “the most useless stat in the history of football.” Based on his own interpretation of its meaning, it was at least possible to gauge a level of internal logic.

While xG is a relatively new addition to football, the objections to it are anything but. In some cases, we find ourselves looking at the conflict between what stats can offer and what people in the game – be they fans, pundits or even the clubs themselves – want to take from it.

Assuming those absorbing the game want ‘the right answer’ all the time is naïve. We saw the same in the pushback against Video Assistant Referees (VAR) during the World Cup.

There was a sense – even among those reporting on the game – that getting calls correct all the time was impossible. It wasn’t worth aiming for 100% accuracy at the expense of the flow of the game and the emotions around a crucial goal.

However, it’s also naïve to assume those bringing xG into football are doing so with the expectation that it’s what everyone needs or even wants from the game.

It can be of benefit to clubs when it comes to recruitment. And it can give a player more time to turn things around after a season in which their goals tally looked underwhelming. But it’s not for everyone.

“People are allowed to follow sports however they want, and certainly there’s no number hurdle to clear to follow football, but what it means is that if they want to disagree with something for whatever reason, they’re more likely to discredit the field than the specific argument because this is something relatively new and they’d have no reason to have facility with the arguments being made.

“To some degree that’s sort of how it goes, because supporters have no obligation to engage with this stuff if they don’t want to. I think it’s slightly different if you’re talking about either media or teams, who have some varying obligation to get things right, but for fanbases, people can follow a sport however they want to follow a sport – I think that’s how it should be.”

If you’re sitting there waiting for xG to go away, you might be waiting a while. Stats are a part of football, at least where someone benefits. So maybe it’s time to study it more closely to catch something that those making the odds haven’t picked up on yet. 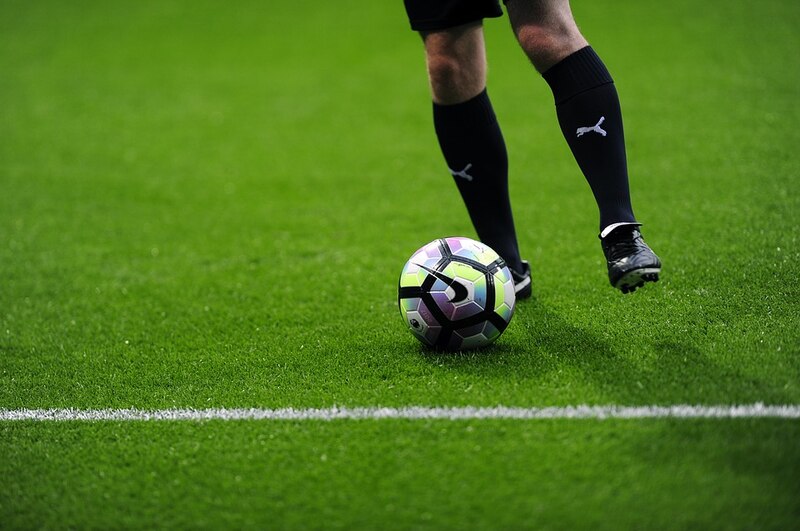